Tuks take big step towards return to the Premiership 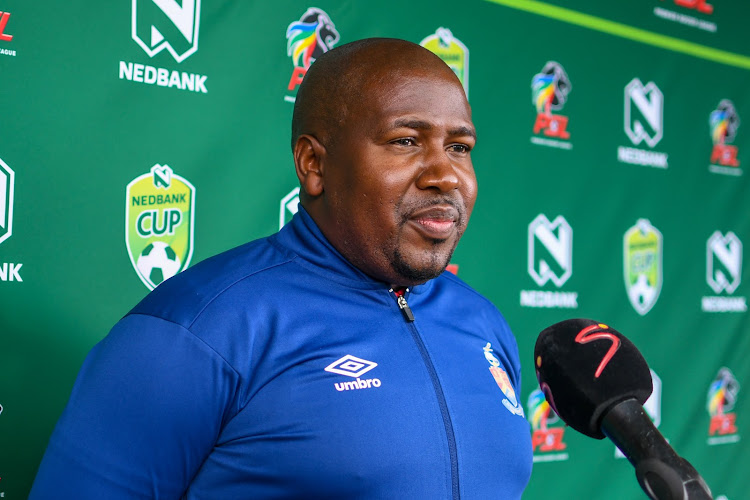 Tlisane Motaung, head coach of University of Pretoria FC during the Nedbank Cup quarterfinal against Royal AM at Chatsworth Stadium on April 10 2022.
Image: Darren Stewart/Gallo Images

University of Pretoria have taken a big step towards a return to the big time after they won the GladAfrica Championship top-of-the-table battle against Richards Bay FC on Wednesday.

Kamohelo Pheeane came off the bench and scored deep into the referee’s optional time to give AmaTuks a 1-0 win and unseat Richards Bay at Tuks Stadium in Pretoria.

Heading into the clash the Natal Rich Boyz were one point ahead of AmaTuks after 24 matches. The win saw Tuks overtake the northern KwaZulu-Natal team, moving to 45 points while Richards Bay are on 43.

AmaTuks coach Tlisane Motaung said he was proud of his players but warned that with five games to play before the end of the season nothing is assured for his side.

“Today we got three points against Richards Bay, who are not an easy team to play against and they have been sitting there at the top for a very long time. I’m really proud of the boys, but I was going to be very sad if we didn’t win the match because we created a few good chances,” Motaung said on SuperSport TV after the match in Pretoria.

Tuks are away to Cape Town All Stars while the Natal Rich Boyz travel to City Rovers in their next matches on Saturday.

GladAfrica winners get automatic promotion to the DStv Premiership while runners-up and third-place finishers go to the relegation/promotion playoffs with the side that finishes 15th in the top tier.