Maharaj set to bowl his most important maiden over 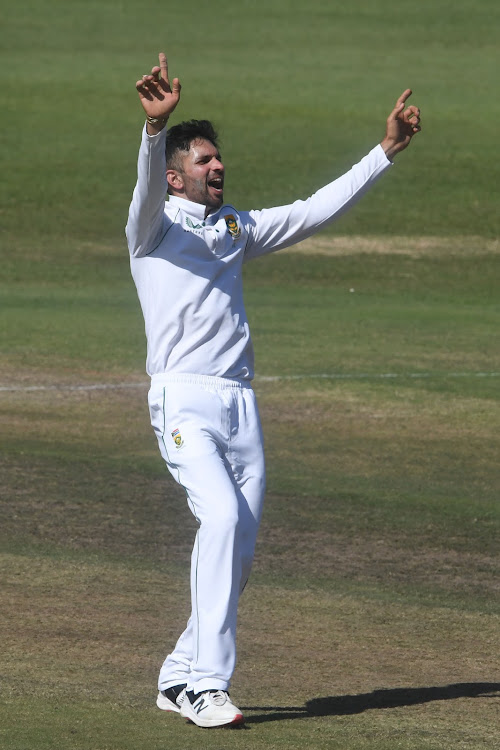 It seems nothing can stop Proteas spinner Keshav Maharaj from bowling his most valuable maiden over as he gets ready to tie the knot this weekend.

Showing some immaculate timing as he did in his career-best 84 run first innings knock in the second Test against Bangladesh recently, Maharaj will wed his longtime girlfriend Lerisha Munsamy this weekend, only days after helping the Proteas wrap up a convincing 2-0 series whitewash in Gqeberha.

“I am really happy, it was a really good Test season for the boys and I am very happy to contribute to the team’s Test series victory.

“It is a good note to end the season, looking forward to some downtime and most importantly, I have a wedding this week,” Maharaj said recently.

The 32-year-old said due to the onset of the pandemic and the constant changes in schedules, he felt there was no better time than now to take that huge step.

“With schedules changing due to the current pandemic, things just fell into place.

“It was also just to give myself enough time to come back after the wedding and prepare for the series that lie ahead,” the Dolphins man said.

Proteas rip through Tigers’ tail for second big Test win, and the series

Keshav Maharaj took seven second-innings wickets as the Proteas dismissed Bangladesh for a meagre 80 runs to claim a comprehensive 332-run victory at ...
Sport
1 month ago

Maharaj proved his value to the team, top-scoring in the first innings of the second Test before shining with the ball in the second.

“I am really happy [with my performances], the season has had its ups and downs but I am glad I could finish on a high.

“It’s great to see all the hard work I have been putting in throughout the season when things have not been going my way  is being rewarded now.

“It has been a long season and bubble life has made it more difficult than it actually is.

“When we sat down to plot the way forward a year ago, we would not have thought we would get to this stage in second [in the WTC].

“Having said that, if you keep doing the right things from a culture and skills point of view, it shows that reward can be there and should be taken with both hands, ” the right-hand batsman said about their latest move in the WTC rankings.