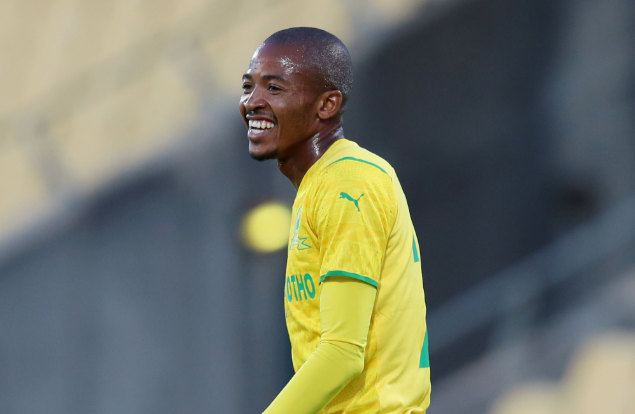 Mamelodi Sundowns have received a boost ahead of their Champions League quarterfinal clash against Atlético Petróleos de Luanda on Saturday afternoon (6pm) with the availability of utility player Thapelo Morena.

Morena, who missed the last four imposing wins over Al-Merreikh of Sudan in the Champions League, Swallows, Summerfield Dynamos and Golden Arrows domestically, is back in contention after recovering from injury.

“Not much has changed in terms of injuries from the status quo going into the Golden Arrows match. We are sitting with the same list, it is quite a long list but the good thing is that we have recovered Thapelo Morena. He has joined us in camp but apart from that the injury list remains the same.”

Looking ahead of the first leg clash against Atlético Petróleos at the Estádio 11 de Novembro in Luanda, Mokowena said they are playing against a well-coached team and they will have to adapt like chameleons.

“They have good counter attacks and they are second in terms of the number of shots they get from regains. They can also threaten you from set pieces, so we have to flexible and be a team that is like a chameleon.

“A chameleon doesn’t change the fact that it’s a reptile but it adapts to its conditions and we will have to have that personality. You watched Man City against Atlético Madrid the other day, Man City are a team that wants to be dominant on the ball.

“They go away to Atlético knowing that they are chasing the result and play in a way that they are dominant and in their face by adapting to the situation and absorbing pressure.

“We are going to try and be chameleons and try to adapt but also make sure that we move into the second leg with control of our own destiny. We have to play the 90 minutes in a way that says to us that we decide how we are going to play in the second leg.”

The staggering numbers Sundowns have raked in this season

Mamelodi Sundowns are playing great football across all competitions as they chase an unprecedented quadruple and a fifth successive league title.
Sport
1 month ago

Mokwena added that Petro are a capable team that had a good run during the group stages.

“We are playing one of the best-placed runners-up during the group stages of the Champions League. They qualified from a very tough group and it is third time lucky for them to reach the quarterfinal stage.

“They are a team that is currently sitting top of their domestic league, they are a very well coached side and they are a side that has huge Portuguese influence with creative thinking coaches.”