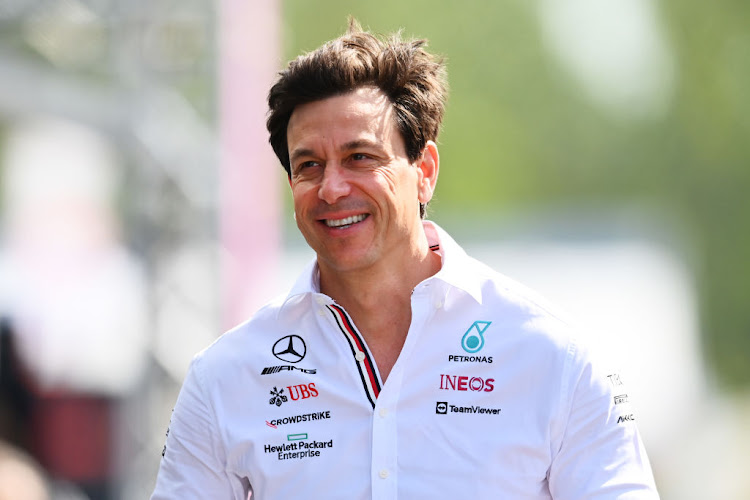 The Briton finished 13th in the fourth round of the season and was lapped by Red Bull's world champion, race winner Max Verstappen.

Mercedes teammate George Russell's fourth place after the Imola sprint weekend also put Hamilton's seeming loss of form into question as much as the car's performance.

“I have to protect him. It’s not his low,” Wolff, whose team failed to make it to the final stage of qualifying for the first time in a decade, told reporters. “It’s the low of the car performance. The guy is the best driver in the world and he is not having a machine and equipment underneath him to be able to execute,” added the Austrian.

Hamilton is now seventh overall, already 58 points behind Ferrari's leader Charles Leclerc and with his title hopes in tatters.

Wolff said the true greats all had difficult moments in their careers and overcame them, and Hamilton, winner of a record 103 races, would do so too.

“He’s going to help the team to sort themselves out and we are sticking together through good and bad times and today certainly was a very bad day,” he added.

Wolff apologised to Hamilton over the team radio after the race, saying Mercedes had not provided a car worthy of a champion and they would fix it.

How they do that remains to be seen.

The car suffers from 'porpoising' more than others, a fundamental problem arising from new rules that makes it bounce on the straights as aerodynamic downforce is gained and broken.

Rival team bosses Toto Wolff and Christian Horner said on Wednesday that Formula One needed to turn the page on the controversies of the contentious ...
Sport
2 months ago

Wolff said the team still hoped they could unlock the 'aerodynamic goodness' but recognised they might also have to go back to the drawing board.

“You don’t need to throw away the goodness, but if there are fundamental areas that don’t allow us to unlock the potential that we believe is in the car, then you need to cut your losses,” he said. “It would mean you say 'where is the baseline now?'. Is there a new one we can start on where we believe we can unlock more potential?

“If we thought that, we would have done it five months ago. We believed this was the development line we needed to take. So it is quite a tricky exercise.”

Verstappen, who denied Hamilton a record eighth title last season, was brutally honest about how it felt to lap the sport's most successful driver.

“They've been slow all year, so it's not really a surprise or I feel happy lapping Lewis compared to anyone else,” said the Dutch driver.