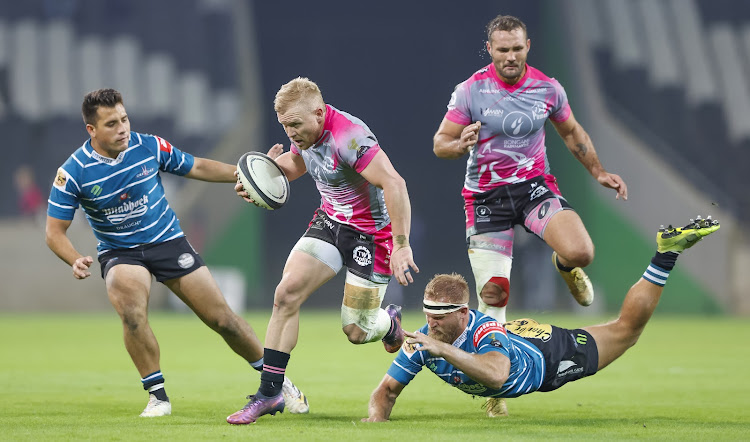 Tinus De Beer of the Pumas during the Carling Currie Cup match between against Griquas at Mbombela Stadium on June 10, in Nelspruit.
Image: Dirk Kotze/Gallo Images

The Pumas have snatched the last Currie Cup semifinal spot despite their 45-44 defeat to the Griquas in a try fest at Mbombela Stadium in Nelspruit on Friday night.

The men from Mbombela needed just a single point and they got two losing bonus points to join the Bulls, Cheetahs and the Griquas in the last four as the Sharks missed out, thanks to their 28-21 defeat earlier in the day.

The tightly-contested match in Mpumalanga produced 11 tries, with the Griquas scoring six while their hosts managed five on the night.

Theo Boshoff's last minute penalty won the clash for the Griquas who were two points down with seconds left to play.

The Bulls were forced to put in a strong performance in the second half to eventually beat the 14-man Pumas 31-26 in an eventful Currie Cup clash at ...
Sport
2 months ago