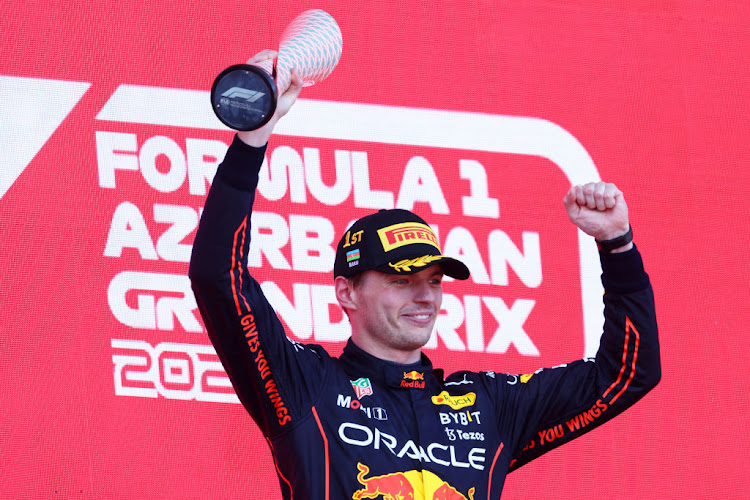 Max Verstappen took full advantage of an engine failure for Ferrari's Charles Leclerc to win the Azerbaijan Formula One Grand Prix on Sunday and open up a commanding lead in the world championship.

The Dutchman crossed the line 20.8 seconds clear of Sergio Perez who, ordered not to battle Verstappen, completed a one-two for Red Bull after race leader Leclerc pulled into the pits with a smoking engine on the 20th lap.

George Russell took third for Mercedes and his team mate Lewis Hamilton, voted "driver of the day", fought through back pain to finish fourth.

Pole-sitter Leclerc's retirement was his second in three races and was part of a double-DNF (did not finish) for Ferrari, with team mate Carlos Sainz having already stopped with a hydraulic failure.

It dropped Leclerc to third in the overall standings, 34 points behind Verstappen. Perez, winner in Baku last year after Verstappen crashed out of the lead, is second, 21 points behind his team mate after also scoring the point for fastest lap.

Red Bull's Sergio Perez edged out Ferrari's Charles Leclerc to put himself back on top in Saturday's final Formula One practice session for the ...
Sport
2 weeks ago