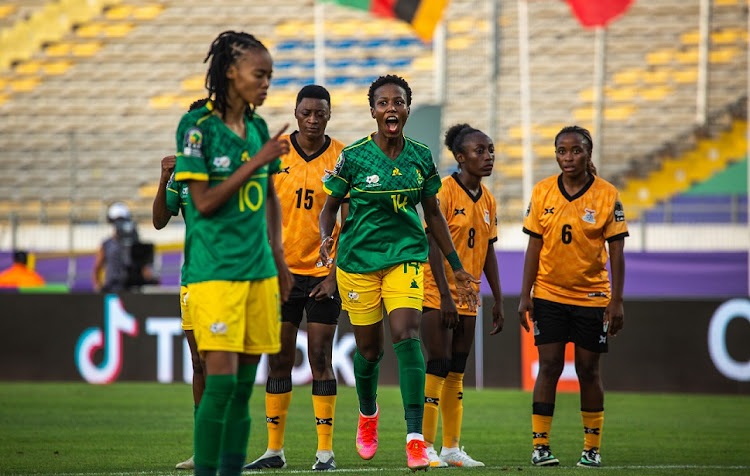 The Football Association of Zambia (FAZ) has lodged an official complaint with the Confederation of African Football regarding the officiating in their 1-0 Women’s Africa Cup of Nations semifinal defeat against Banyana Banyana.

Abebe gave the penalty after consulting the video assistant referee (VAR). However, the decision was hotly contested as Zambian players argued defender Martha Tembo won the ball in a 50-50 challenge after Banyana’s Jermaine Seoposenwe went down with her foot on the line of the penalty area.

“FAZ has lodged a formal complaint to the Confederation of African Football (Caf) against the officiating by Ethiopian referee Lidya Tafesse Abebe during the Wafcon semifinal between Zambia and SA,” the Zambian FA said.

“We wish to contest the decision of the referee to award such a penalty resulting in a goal, which was decisive against our team progressing to the finals, as we call for a serious review of the game.

#SAFJA journalist of the year @Lorenz_KO caught up with @Banyana_Banyana match winner @MaserameLinda, who shared her thoughts after her penalty sent the team into the @CAFwomen final. #WAFCON @Hollywoodbets pic.twitter.com/2NJKQmdw7u

“We call for the penalty to be cancelled, that a replay be ordered and that the referee be barred from handling any games.”

FAZ said Kashala “opted to file a complaint as Zambia had suffered similar injustices in their quarterfinal victory over Senegal”.

Kashala said: “We have further noted with great concern the poor officiating that has characterised the tournament, specifically our games. We recorded similar incidents of poor match officiating by referees who have got off scot-free, among them referee Bouchra Karboubi who has continued to handle games at the tournament as if nothing happened.”