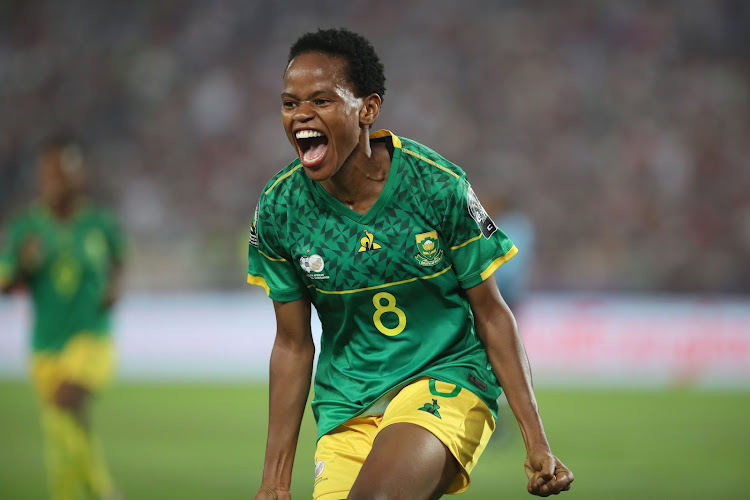 Magaia's two goals came in the space of eight minutes as she tapped home from close range in the 63rd minute and added a second in the 71st from a similar position.

A lapse of concentration saw SA give away possession to allow Morocco to pull a goal back in the 80th minute through their English-born striker Rosella Ayane.

It set up a nervy finish, which included nine minutes of added time, in front of a capacity crowd in the Moroccan capital Rabat.

It was SA’s first title after having finished runners-up five times, including the last edition in 2018.

Morocco were playing in their first final and will be heading with SA to next year’s Women’s World Cup along with the two beaten semi-finalists Nigeria and Zambia.

The Cup of Nations serves as Africa’s qualification event for the tournament in Australia and New Zealand.

Banyana Banyana are a win away from pocketing staggering bonuses but they've collectively insisted they're not thinking about money before Saturday's ...
Sport
2 weeks ago

The crown bestowed upon Desiree Ellis by the Confederation of Africa Football (CAF), making her the undisputed queen of African football, was ...
Sport
2 weeks ago

Banyana stand on the brink of history at Wafcon

Scheduled for a 10 pm start, Banyana, who previously made the final of the competition under Ellis at the 2018 edition of the tournament, stands 90 ...
Sport
2 weeks ago