All Blacks’ long injury cloud darkens ahead of Boks clashes 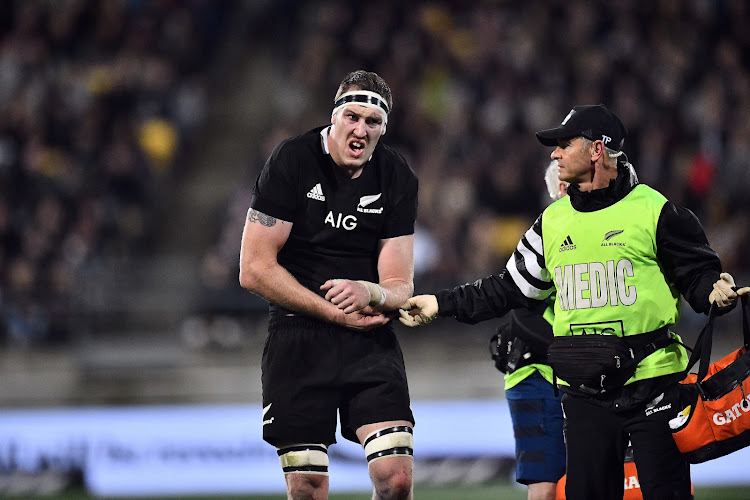 A fractured cheekbone will prevent Brodie Retallick from playing against the Springboks.
Image: Raghavan Venugopal / © www.Photosport.nz 2019

The All Blacks’ inability to boss the tight exchanges invited much post-series scrutiny after their series defeat to Ireland and the portents are only getting gloomier ahead of their trip to SA.

The All Blacks depart New Zealand later this week for their twin clashes against the Springboks at Mbombela Stadium and Ellis Park, and some of the men who have routinely occupied their engine room have had to yield due to on-the-job incidents.

Lock Brodie Retallick and props Nepo Laulala and Ofa Tu’ungafasi were selected in their squad but won’t be fit in time to play against the Springboks on consecutive weekends.

The All Blacks’ prop talent pool has shrunk in recent years, and with the competent and combative Joe Moody a long-term ACL casualty, they are now having to cast their net perhaps wider than they intended to.

The injury prognosis on Tu’ungafasi was gloomier than expected and the 47-Test prop will remain behind as he recovers from a neck injury.

His place goes to Fletcher Newell, who has been one of the emerging talents on the Crusaders’ seemingly endless production line of fine tight forwards.

The All Blacks coaching staff will prepare for an almighty scrum battle with the Springboks, who are particularly well-stocked in the tight forward department. The 22-year-old Newell may of course prove a revelation, but he will be up against some grizzled campaigners should he see game time against the Boks.

Lukhanyo Am: Boks must expect furious backlash from All Blacks

The Springboks must ensure they deliver their “A-game” for the full 80 minutes against a wounded All Blacks team in Nelspruit next Saturday, SA’s ...
Sport
3 weeks ago

Apart from prop, the All Blacks will also lament missing personnel in the second row.

Retallick, the vastly experienced and talismanic lock, won’t play against the Springboks because of the fractured cheekbone he suffered against Ireland. His power, physicality and sheer bloody-mindedness have been a constant feature for the All Blacks since he made his Test debut in 2012.

Even with him in the team the All Blacks’ inability to measure up to Ireland’s physicality in the recent Test series has been much talked about. The visiting pack held sway for large parts of the series, and while the All Blacks’ gamebreakers in the past (and the first Test) might have found a way to run to victory, Ireland this time shut down their escape routes.

The criticism would not have escaped the eyes and ears of the All Blacks’ forwards.

They are likely to be fired up to meet and better what the Boks throw at them, but the injuries have limited their options.