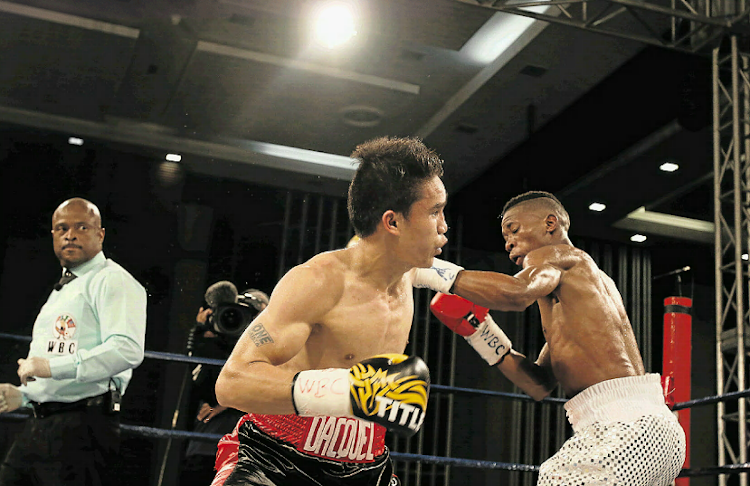 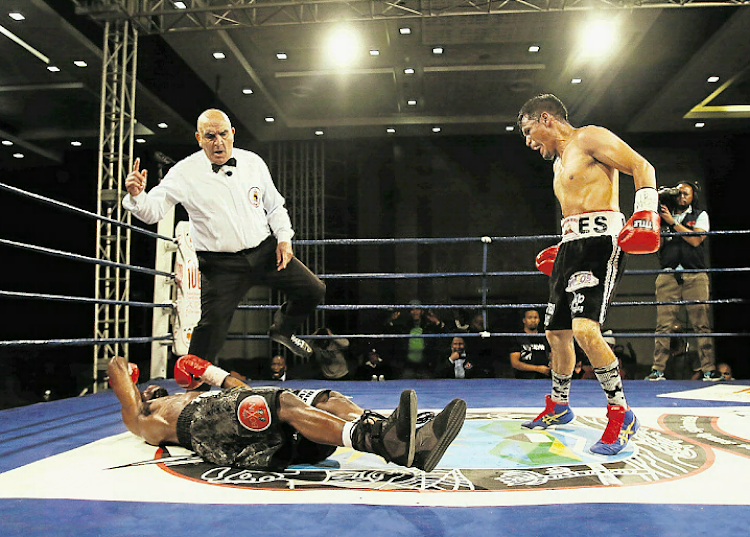 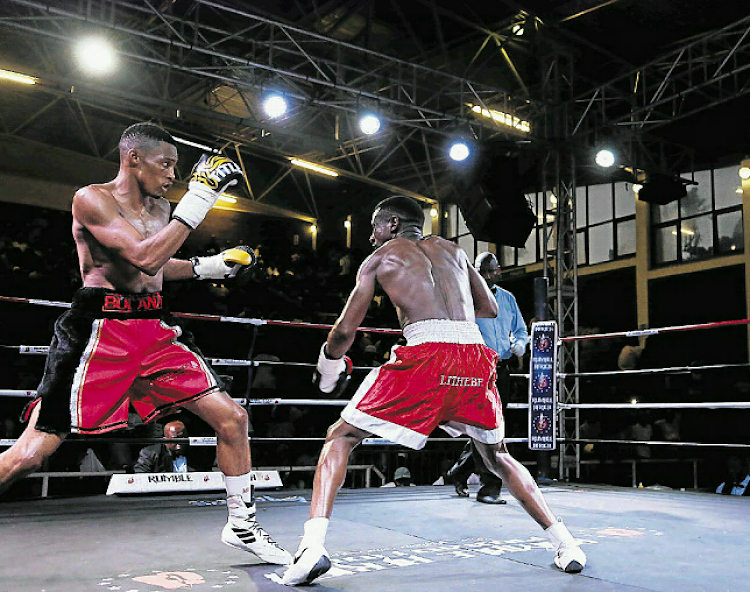 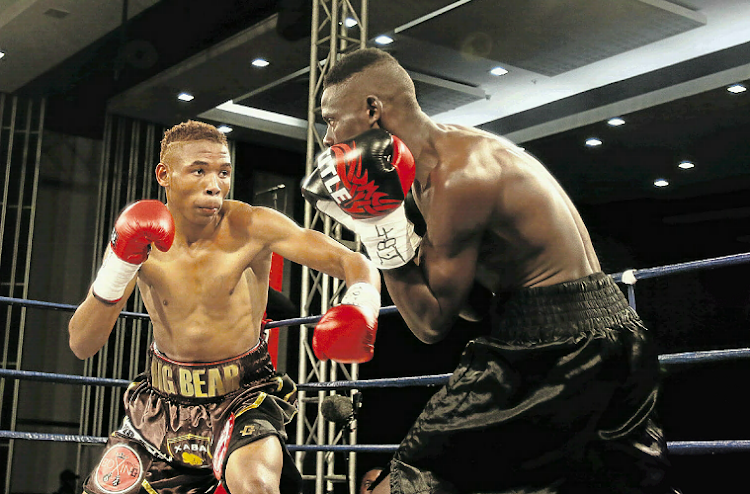 The past weekend was abuzz with boxing activity leaving plenty to talk about including controversial issues about sanctioning of one tournament without funds.

As it has been the case Xaba Promotions and Rumble Africa Promotions (RAP) came up against each by staging parallel shows in a move which has drawn criticism from boxing fraternity.

XP organised their tournament on Friday and two days later it was the turn of RAP to play as hosts.

We will not get into the controversy but focus on what transpired in the ring. Due to space constraints we analyse a few of the bouts from each of the tournaments starting with XP.

After Nogogo’s disappointing performance against Onke Duku in April when he hardly showed his true potential, he appeared to have regrouped against Uliza as he displayed the prowess that made him one of the country’s bright prospects.

Fighting in only his sixth fight, Nogogo appeared to have put the loss against Mziwoxolo Ndwayana behind him as he regained his jab which struck on Uliza all night long.

Admittedly Uliza did not show anything special as he seemed overawed by the occasion. It also did not help the fact he hailed from Tanzania, a country whose boxing level is far below South Africa’s. But the bout was actually what Nogogo needed to restore his confidence after his two previous bouts.

His management will be well advised not to rush the 19-year-old. He showed plenty of promise but his boxing makeup still needs refining especially his punch range and timing as he tends to miss even when the target is not moving. But so far so good for Nogogo.

Watching Ngamntwini’s head bounce off the canvas after the brutal knockout by the Mexican, one could not help but wonder what happened to the boxer who was once a bright prospect and was hailed as a future world champion.

Without adding salt to injury, there has been something lacking in Ngamntwini’s boxing but no one actually exploited it due to the level of his opposition.He appears to have plateaued with no one being able to take him to the next level.

Now one suspects that perhaps this explains why he left Colin Nathan’s camp without a single fight.

While it is easy to be an expert in hindsight, the truth is Ngamntwini’s boxing style has always been based on wrong fundamentals.

He has never had a true ring identity as he fights like a puncher sometimes without even a jab.

Like it was once pointed out in these pages, his boxing was based on athleticism with no fundamentals.

At 25 years old he is still young as the loss was only his second. But the question is can he achieved more than he has done already?

This fight showed the real potential of Sigqibo and the reality is that he is still a work in progress. He was tested to the limit by the free-swinging Filipino and whether he passed the test or not depends on what detractors wanted to see.

Fresh from a debatable win over Sabelo Ngebiyane, perhaps Sigqibo was rushed into this fight but the gamble by the promoter at least paid off because he won. Sometimes a win should be taken in any form it comes while building the career of a boxer. This was the case with Sigqibo.

Next time his management should look for an opponent which will bring the best out of him. Which is why one was surprised when there were reports that Sigqibo was vacating his SA junior-bantamweight title as the belt would have given him a platform to develop fully.

Ndulani seemed to have studied Magusha and knew what he needed to do to get the win. He knew that Magusha would charge forward looking to land one fight ending blow.

The fact that Magusha is struggling to make the mini-flyweight division was also an added advantage for Ndulani who looks too big for a mini-flyweight boxer.

Tried as he did but Magusha could not pin down his opponent who kept giving him angles throughout the fight.

Ndulani is one of the most underrated boxers in the game but when one peruses his fight record one would find out that he lists Yanga Sigqibo as one his victims while he is also responsible for the draw in Deejay Kriel’s fight record.

His only loss was suffered at the hands of Magusha but now that he has avenged it he can proudly claim that he has beaten every opponent put before him.

Underestimate Ndulani at your own peril

Dithebe had a reason to cry robbery judging by the wide margins of the scorecards which was not a reflection of what happened in the ring. All judges had Bulana winning by 118-111 and 118-110 and a more reasonable 116-112.

The fight itself was nothing to shout about as the performance put forth by both boxers did not warrant a contest for a title that was once held by revered boxers such as legendary Jackie Gunguluza who was seen shaking his head among the crowd.

Even Azinga Fuzile who was the last boxer to hold the crown before leaving it for Bulana and Dithebe to contest it should feel disappointed by the two boxers’ performance.

A draw would not have been out of the realms of possibilities but with Boxing SA rules prohibiting draws in vacant title bouts, Bulana may have stolen it. But not by that wide margins.

Bulana will need to go back to the gym to refine his boxing if he intends to keep the title because right now boxers such as Rofhiwa Maemu, Sydney Maluleke, Lerato Dlamini must all be licking their lips in anticipation.

This was another disappointing fight as both boxers did nothing to suggest that they wanted to win the fight. Most disappointing was Mpontshane as he posed and waited for Sibiya to commit before doing anything. But one would argue that the onus was on Sibiya to make the fight of it as a challenger and not wait for Mpontshane to make the initiative.

Mpontshane who has a love-hate relationship with local boxing fans was booed loudly while Sibiya was cheered.

While fans have a right to express their feelings regarding their preference of a boxer, booing should never be encouraged. Boxers put their lives at risk by stepping into the ring and the least people can do is to appreciate their courage. Booing a local boxer needs to be condemned and has no place in boxing or in any sport for that matter. For the record, this scribe had Mpontshane winning the fight and the scores of 114-113, 115-113 was a true reflection of what happened in the ring. The third score of 116-113 may have given Mpontshane every benefit of doubt.

This scribe keeps saying Fuzile’s development is so fast that even his management is battling to keep up with him. If anything the eight rounds blowout of Usman was testament to that. The Nigerian never landed a single punch while he ate dozens in return in a one-sided fight that should have been ended much earlier. I bet Fuzile’s sparring sessions were tougher than the resistance offered by Usman.

In fact one fan was overheard saying that even the punchbag was better than Usman because it manages to swing towards the person who hit it. It looks like there will be complaints after every Fuzile bout due to the strides the 22-year-old has made in the game.

Until his management takes him to a world title, Fuzile will keep making almost all his fights look easy. Perhaps the roping in of Colin Nathan as an international adviser will help get formidable foes for the Duncan Village star.