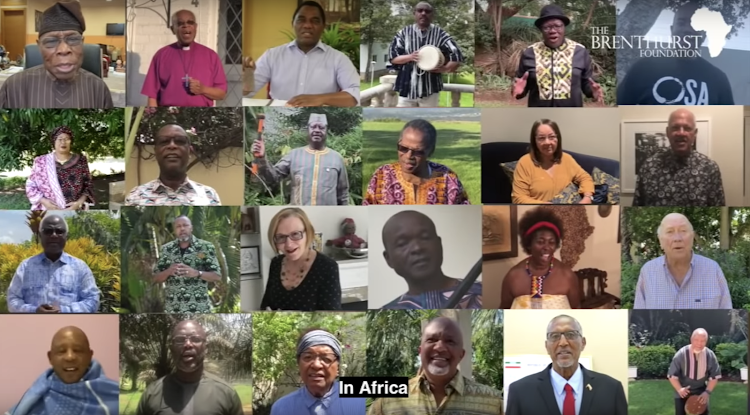 Past and present African heads of state have joined together with Nobel prize laureates and musicians from across the continent to share a message of hope and solidarity amid the Covid-19 crisis.

“Alone but together” stars Ugandan reggae icon Bobi Wine and Cape Town folk-rock legend Robin Auld and encourages African self-reliance while discouraging an attitude of victimhood in the fight to combat the coronavirus pandemic.

The home-based production gives a nod to the current state of lockdown and self isolation shared by people across the globe. Written and produced by Robin and Greg Mills for The Brenthurst Foundation, the music video also features renowned Nigerian artist Amuta Stone, along with other leading African musicians such as Schalk Joubert and drummer Lumanyano Unity Mzi, and even presidents.

People featured in the video include:

Watch the music video below:

Starring Ugandan reggae icon Bobi Wine and Cape Town’s folk-rock legend Robin Auld, the new release "Alone but Altogether" expresses a message of solidarity and self-reliance in encouraging Africans to not be victims, to think of each other and stay at home to combat the Corona crisis.