Why the silence, Africa? The world needs data to survive Covid-19 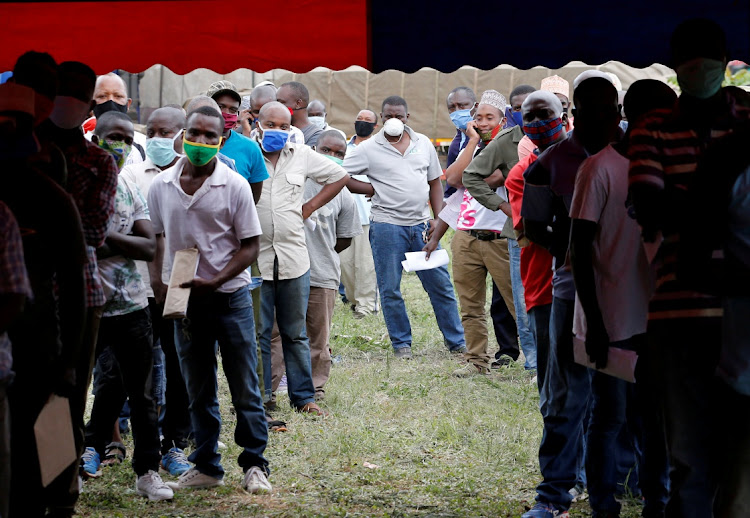 When the new coronavirus hit Tanzania in mid-April, President John Magufuli called for three days of national prayer to seek God’s protection from the scourge. Barely a month later, he claimed victory over the disease and invited tourists to return to his East African nation.

His rush to reopen came despite alarm from the World Health Organisation (WHO) about an almost total lack of information on the spread of the virus in the country of 55 million people, which has one of the region’s weakest health-care systems.

The shortage of reliable data afflicts many African nations, with some governments reluctant to acknowledge epidemics or to expose their crumbling health systems to outside scrutiny. Other nations simply cannot carry out significant testing because they are so ravaged by poverty and conflict.

Sharing information is vital to tackling the pandemic in Africa, for planning the response and mobilising donor funding, public health experts say. As things stand, it is impossible to gauge the full severity of the contagion on the continent.

According to the latest data collated by Reuters, Africa, with a population of 1.3 billion people, had more than 493,000 confirmed cases and 11,600 deaths. By comparison, Latin America, with about half the population, had 2.9 million cases and 129,900 deaths.

The official numbers make it seem as though the illness has skirted much of Africa, but the real picture is certain to be worse, with WHO special envoy Samba Sow warning on May 25 of a possible “silent epidemic” if testing was not prioritised.

By Tuesday, 4,200 tests per million people had been carried out across the continent, according to a Reuters analysis of figures from the Africa Centres for Disease Control and Prevention (CDC), a body set up by the African Union (AU) in 2017. That compares with averages of 7,650 in Asia and 74,255 in Europe.

We cannot help a country against its own will. ... In some countries, they are having meetings and not inviting us. We are supposed to be the main technical advisor.

Interviews with dozens of health workers, diplomats and local officials revealed not just a scarcity of reliable testing in most countries, but also the lengths some governments have gone to to prevent news of infection rates from emerging, even if that meant they missed out on donor funding.

“We cannot help a country against its own will,” said Michel Yao, head of emergency operations for the WHO in Africa. “In some countries, they are having meetings and not inviting us. We are supposed to be the main technical advisor.”  Yao declined to single out countries, saying the WHO needed to preserve a working relationship with governments.

Tanzania confirmed its first case of Covid-19 on March 16. The next day, the government convened a task force  to co-ordinate the response with international partners, including the WHO, foreign embassies, donors and aid agencies, multiple sources said.

This body never met again with outsiders, two foreign officials familiar with the situation said, while government officials failed to show up to dozens of subsequent coronavirus-related meetings, they added.

“It’s very clear the government does not want any information about the state of Covid in the country,” said one aid official, who, like many of those interviewed, asked not to be identified for fear of antagonising political leaders.

Neither Tanzania’s health minister Ummy Mwalimu or government spokesperson Hassan Abbasi responded to queries about their handling of the crisis. Abbasi has previously denied withholding information about the country’s epidemic.

When the new coronavirus hit Tanzania in mid-April, President John Magufuli called for three days of national prayer to seek God’s protection from ...
Africa
10 months ago

Tanzania has not published nationwide figures since May 8, when it had recorded 509 cases and 21 deaths. Days earlier, Magufuli dismissed testing kits imported from abroad as faulty, saying on national television that they had also returned positive results on samples taken from a goat and a pawpaw.

According to three e-mails seen by Reuters, sent between May 8 and 13, the WHO believed it had reached an agreement with the government to let it take part in joint surveillance missions around the country. However, a WHO spokesperson said these were cancelled on the day they were supposed to start, with no reason given.

Donors have released about $40m (about R683m) to fund Tanzania’s coronavirus response, two diplomatic sources involved said. But the country’s lack of engagement meant it had missed out on “tens of millions of dollars” more, another official said.

By mid-May, the government decided to ease its lockdown, despite doctors and diplomats saying the outbreak was far from contained. The US Embassy warned its citizens on May 13 that hospitals in the main city, Dar es Salaam, were “overwhelmed”, an assertion denied at the time by the Tanzanian government.

Tanzania’s failure to share information about its outbreak has frustrated its neighbours, who fear that gains won through painful lockdowns in their own countries could be jeopardised as Tanzanians cross porous borders.

The WHO organised a call on April 23 with African health ministers to discuss, among other things, a lack of information sharing, Yao said. He declined to say who was on the call and Tanzania did not respond to requests for comment as to whether its minister participated.

The UN agency cannot compel co-operation and must tread carefully. When WHO officials expressed concern in late April about a lack of measures to contain the virus in Burundi, the tiny East African nation expelled its top representative and three other WHO experts without explanation on May 12.

Burundi was one of the first African countries to shut its borders in March, which seemed to slow the virus’s spread initially. But the country saw an uptick in suspected cases after rallies were held in the run-up to May 20 general elections, a health-care provider said, speaking on condition of anonymity.

Burundi’s 55-year-old president, Pierre Nkurunziza, died in early June amid speculation he had come down with Covid-19. The government said in a statement he had suffered a heart attack. An air ambulance service told Reuters it had flown his wife, Denise Bucumi, to Kenya on May 21, but declined to confirm reports in the Kenyan media that she had sought treatment for the coronavirus. A family spokesperson declined to comment.

In break with predecessor, Burundi's president vows to tackle coronavirus

Burundi's new president, Evariste Ndayishimiye, has promised steps to combat the spread of Covid-19, a shift from the stance of his late predecessor ...
Africa
11 months ago

Burundi’s new president, Évariste Ndayishimiye, has promised measures to tackle the pandemic, including mass testing of people in areas suspected of being epicentres of the virus.

Another African state to fall out with the WHO was Equatorial Guinea. It hasn’t shared figures with the UN agency since late May, when its government accused the WHO of inflating the caseload and demanded that it recall its representative. The WHO blamed a “misunderstanding over data” and denied any falsification of figures.

Mitoha Ondo’o Ayekaba, Equatorial Guinea’s deputy health minister, did not respond to repeated requests for comment on the dispute. The Central African country has continued to provide periodic updates to the Africa CDC, which puts the number of confirmed cases there at 3,071, with 51 deaths.

While some countries won’t share information, others can’t: their health systems are too broken to carry out any large-scale testing, surveillance or contact tracing.

Even at the best of times, collecting quality data from countries is not easy because people are stretched thin

“Even at the best of times, collecting quality data from countries is not easy because people are stretched thin,” said John Nkengasong, director of the Africa CDC. “Combine that with an emergency and it becomes very, very difficult.”

For example, Islamist militants and ethnic militias operate across vast swathes of Burkina Faso, Niger and Mali, making it impossible for governments there to establish a nationwide picture of the spread of the illness.

As in other countries, a shortage of kits has led Burkina Faso to largely limit the number of tests it conducts to contacts of confirmed cases and people arriving from abroad. This means there is little data on local transmission, health ministry reports show.

Some countries, such as Cameroon and Nigeria, have decentralised testing, but many others have very little capacity outside their capitals, said Franck Ale, an epidemiologist with international aid group Medecins Sans Frontieres (Doctors Without Borders).

Ebola and measles, plus Covid-19, give Africa a pandemic triple-whammy

The coronavirus is only one of three life-threatening viruses against which African countries are fighting, said Dr Matshidiso Moeti, the WHO’s ...
News
11 months ago

Democratic Republic of the Congo, a nation of 85 million that was already battling Ebola, was quick to suspend international flights and lock down parts of the capital, Kinshasa, when the virus hit in mid-March.

However, it took three months before the government was able to process tests outside Kinshasa, said Steve Ahuka, a member of Congo’s Covid-19 response committee, citing a lack of laboratories, equipment and personnel. In many areas, it still takes two weeks to get results, said two doctors.

South Africa, the continent’s most advanced economy, is one of the few to have rolled out mass testing, but it had a backlog of more than 63,000 unprocessed specimens as of June 10, because global suppliers were unable to meet its demand for laboratory kits, according to the health ministry. SA’s national laboratory service declined to disclose the current backlog.

In the absence of comprehensive testing data in other parts of the world, researchers look to different yardsticks to judge the prevalence of the coronavirus, including reviewing the number of deaths that exceed the average for the time of year.

Dubious remedies will not decolonise Africa

But even that is not possible in most of Africa because data from previous years is lacking. Only eight countries — Algeria, Cape Verde, Djibouti, Egypt, Mauritius, Namibia, Seychelles and South Africa — record more than 75% of their deaths, according to the UN. Ethiopia records less than 2%, the country’s health ministry said.

Without information about how severe an outbreak is and what resources are available to cope with it, nations risk lifting lockdowns too soon or maintaining them too long, said Amanda McClelland of the US-based health policy initiative, Resolve to Save Lives.

“The big gap for us is really understanding the severity of the outbreak,” she said. “Without clarity on data, it is very hard to justify the economic pain that shutting down  countries causes.” — Reuters