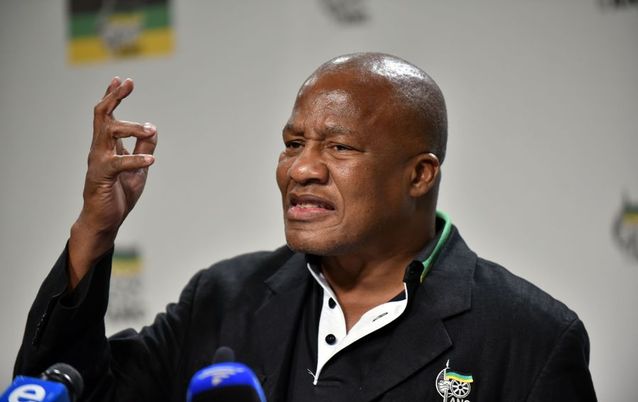 Minister in the presidency Jackson Mthembu on Tuesday said President Cyril Ramaphosa was still  committed to signing performance agreements with his cabinet ministers despite not having met a deadline he set when he announced the plan.
Image: FREDDY MAVUNDA

Minister in the presidency Jackson Mthembu on Tuesday said President Cyril Ramaphosa was still  committed to signing performance agreements with his cabinet ministers despite not having met a deadline he set when he announced the plan.

The department of planning, monitoring & evaluation, which is responsible for the agreements, issued a statement on Tuesday evening restating the president's commitment. This followed a report in Business Day on Monday that Ramaphosa had still not signed the agreements despite promising to do so before the end of February.

The performance agreements were seen as a key tool to hold government officials to account, and to help root out malfeasance in the public sector.

In its presentation to parliament on Friday, the department said the matter was “deleted” from the annual performance plan because of budget reprioritisation due to Covid-19.

Less than half of ministers confirm salary cuts

Three months after President Cyril Ramaphosa announced that he and his cabinet would take a pay cut and donate the funds to help with Covid-19 ...
News
1 year ago

The department's director-general, Robert Nkuna, said that the signing of performance agreements had been suspended and that it had been “deleted” from the current performance plan.

However, Mthembu said on Tuesday: “We want to put it on record that the signing of performance agreements between the president and ministers is still on track.”

“We therefore want to assure all South Africans that the commitments that the president made, that he will enter into performance agreements with all ministers, still stands and we are actualising the implementation of that commitment.”

After due processes had been followed, the president would sign the agreements “in the next coming weeks”, he said.

“Government remains committed to continue to enhance accountability through a structured performance management system at the executive level,” Mthembu said.

The statement from the department said the minister had since written to parliament to explain that the government was going ahead with the signing of the performance agreements.

“From the revised APPs [annual performance plans] as submitted to parliament last week, we are extracting the responsibilities of ministers,” the department said. “We are collating these ministerial responsibilities into draft performance agreements to be signed with the president. This process is almost at its tail end.”