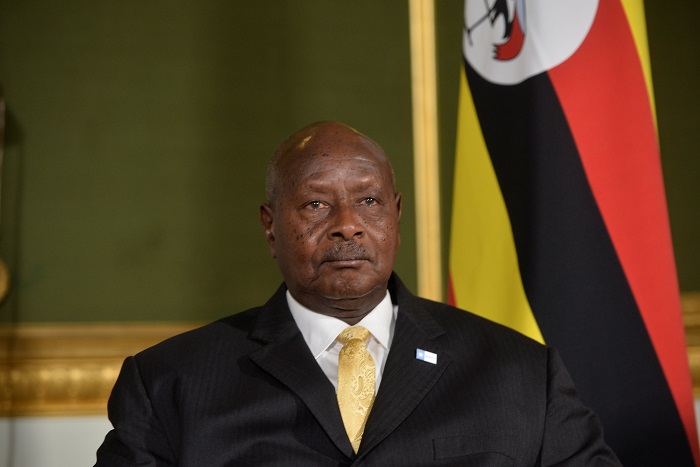 President Yoweri Museveni has said his government wants to rely on high-tech tools like a Chinese-supplied and installed CCTV camera system and the digital trackers being procured to help fight and solve crimes.
Image: REUTERS/Hannah McKay/File photo

A move by Uganda's government to install digital tracking devices on vehicles to help fight rampant crime has been denounced by rights advocates and the opposition who say it will be used to monitor activists, government opponents and critics.

Authorities in the east African country last week signed an agreement with Russian firm Joint-Stock Global Systems to install digital trackers in all vehicles in Uganda.

President Yoweri Museveni has said his government wants to rely on high-tech tools like a Chinese-supplied and installed CCTV camera system and the digital trackers being procured to help fight and solve crimes.

Two suspects were charged with murder and attempted murder on Monday over an assassination attempt on a Ugandan government minister in which the ...
Africa
1 year ago

The digital tracker plan has prompted widespread criticism. Opponents say such mass surveillance would erode individual privacy rights and is not supported by Ugandan law.

“In all repressive regimes they use national security as a scapegoat to surveil people and to trample on people rights,” said Dorothy Mukasa, who heads Unwanted Witness, a Kampala-based digital communications rights watchdog.

“This is an expansion of the state's plan of surveilling on everybody, they want to use this GPS data collection to track opposition politicians, activists and journalists.”

Linda Nabusayi, the president's spokesperson, did not answer a Reuters call for comment. Attorney-general Kiryowa Kiwanuka also declined to comment when called by Reuters.

Museveni, who commenced his latest term in May, has been in power since 1986 and is Africa's fourth-longest-ruling leader.

Critics including international rights groups and some Western officials have accused him of using security forces to clamp down on opponents.

His main opponent, pop star and former lawmaker Robert Kyagulanyi, known as Bobi Wine, has accused security forces of abducting hundreds of his supporters and torturing some of them before they are released.

“Ugandans should be worried about this, this is a mechanism to control their lives,” said Patrick Oboi Amuriat, president of Forum for Democratic Change, Uganda's second largest party.

“Because of fear of the growing opposition in the country, he (Museveni) wants to escalate his clampdown and repression. An effective way to do that is to know where we are.”