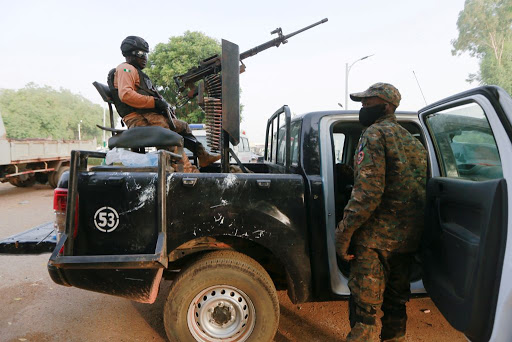 The new rules were in addition to measures previously taken in Kaduna, including a ban on the transport of charcoal, firewood or livestock and a shutdown of markets in affected areas.
Image: REUTERS/ AFOLABI SOTUNDE

Authorities in Nigeria's Kaduna State shut down telecoms networks and banned the use of motorcycles on Wednesday as part of a raft of measures to tackle bandit gangs that have caused havoc in the country's northwest for months.

Telecoms blackouts are already in force in neighbouring Zamfara and in parts of several other northwestern states, a tactic aimed at helping the security forces crack down on the gangs by preventing coordination.

Bandits seeking ransoms and loot have been blamed by the authorities for a string of mass school abductions and deadly attacks on villages and on military targets that have disrupted everyday life for millions of citizens.

“Too many lives have been lost, and too many families have been shattered. Small groups of wicked persons cannot continue to hold us to ransom, and force us to live in perpetual fear,” the Kaduna State government said in a statement.

The armed gangs operate from remote camps and often travel on motorcycles in large numbers when carrying out a raid.

The state government said the motorcycle ban would last for an initial three months. It also said all vehicles used for commercial transport would have to be painted yellow and black within 30 days to help security agents identify them.

The sale of petrol in jerry cans was banned in parts of the state.

The new rules were in addition to measures previously taken in Kaduna, including a ban on the transport of charcoal, firewood or livestock and a shutdown of markets in affected areas.

Ten more students who were kidnapped by gunmen from a school in Nigeria two months ago have been released after ransom was paid, the school ...
Africa
7 months ago

The telecoms blackout in Zamfara has been in force since early September and the military has said it was aggressively taking on the bandits. But authorities in neighbouring states have complained that the gangs were moving into their own territories and causing havoc.