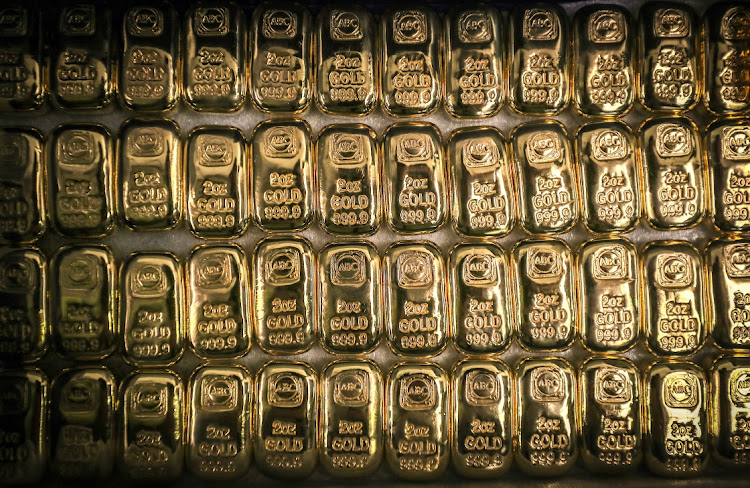 Gold prices eased on Monday as risk sentiment improved ahead of US services sector data, though losses were capped by worries over surging coronavirus cases in some US states.

“We’re seeing some big gains in Hong Kong and Chinese share markets,” and that sort of growth-positive movement is generally expected to weigh on gold, said Michael McCarthy, chief strategist at CMC Markets.

Asian shares scaled a four-month high on bets for supercheap liquidity and fiscal stimulus to sustain the global economic recovery, with investors awaiting US services sector activity data for June later in the day.

Financial markets have regained lost ground as a raft of positive economic readings lifted sentiment, though a spike in Covid-19 cases renewed worries about a swift economic recovery. However, the huge amount of stimulus and evidence in other markets signalling a shift in focus back towards infection rates could help gold “maintain its elevated status”, McCarthy said.

Gold has gained nearly 17% so far this year, and was just $15 shy of a near eight-year peak scaled on July 1.

In the first four days of July alone, 15 US states reported record increases in new cases of Covid-19, which has killed about 130,000 Americans.

“With increasing number of US states imposing lockdowns again, it should result in the Federal Reserve’s balance sheet continuing to grow and interest rates kept low, which would in turn provide underlying support for gold markets,” Phillip Futures said in a note. Lower interest rates and widespread central bank stimulus tend to support bullion, which is considered a hedge against inflation and currency debasement.