So much fun at the Umtiza Arts Festival 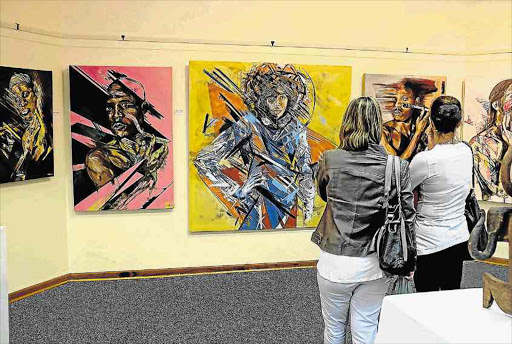 LET’S GET CRAFTED: A vibrant craft market, wine and chocolate pairing will form the cultural mix of the Umtiza Arts Festival Pictures: ALAN EASON
East London’s three cultural giants – the Guild Theatre, the Ann Bryant Art Gallery and the museum – will again collaborate to produce a lively arts festival in the city.

Newly named the Umtiza Arts Festival after the thorny tree that grows only in East London, the festival will be held over three days from May 12 to 14.

Highlights include comedian Riaad Moosa, jazz by Feya Faku and a concert by musician Godfrey Johnson.

Guild Theatre manager Zane Flanagan said the homegrown festival, which takes place before the Grahamstown National Arts Festival this year, would be bigger and better and have an even wider appeal, following the success of last year’s event.

“Last year it was called the ‘question mark’ arts festival so we have thrown around some names and come up with Umtiza which is a tree found only in this region.

“There is one growing in the museum grounds so we all went to look at it and decided it was a good, unique East London name,” said Flanagan.

He said although the details of this year’s Guild programme were yet to be finalised, they would represent a vibrant mix of music, theatre and film and that the Selborne precinct in which the theatre, museum and art gallery was situated would become a stimulating and creative space.

A mini circus for children led by ringmaster Bryan King will pop up in the Guild parking lot which will also be the scene of food demonstrations and a flea market.

Flanagan said festival organisers were engaging with a local craft brewery to add to a fun festival experience.

A drawcard for the city’s dance fraternity will be Rhodes University drama professor and legendary writer and performer Andrew Buckland, who will present a workshop in physical performance.

“We are trying to expand this year and create more of a buzz.”

Flanagan said the theatre’s studio would be transformed into a cinema and screen vintage musicals like Gigi, Oklahoma and Singing in the Rain, while the Courtenay-Latimer hall would once again become an art gallery.

One of the big sold out hits from last year, was a wine and chocolate pairing evening and Flanagan said the popular event would be back this year.

He said that while the festival was held in July last year, it had been pushed forward due to good weather in May.

Ann Bryant Art Gallery curator Leon du Preez said a curator from David Krut projects in Johannesburg was in the city this week meeting with artists.

“She is visiting to look at the art scene in East London and to look at collaborating with our artists for the festival exhibition, which is very exciting” said Du Preez.

“She said the Ann Bryant is an amazing space for exhibitions.” — barbarah@dispatch.co.za