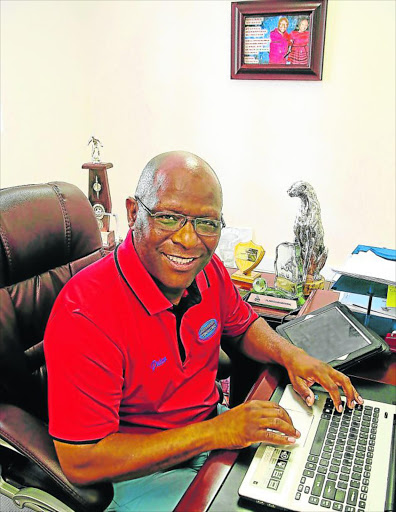 PUTCO MAFANI
The countdown is on for the long-awaited launch of new Eastern Cape radio station, Rhythm FM.

Social media has been abuzz with excitement and anticipation from listeners who have been enquiring about the new station, a division of MSG Africa Group which was first awarded its radio licence in 2014.

Station manager and shareholder Putco Mafani told the Daily Dispatch they were busy with preparations. The station will be in full swing by September.

“As anticipated we have switched on some of our four transmitters, which are strategically distributed throughout the province.

“We have loaded music to assess the quality of sound in Butterworth, Mthatha and surrounding areas on the 95.2 fm frequency.

“We have dedicated this month to testing our transmitters and liaising with our service providers to make sure that our signal is strong.”

The appointment of admin staff had been finalised, and they had also sourced a combination of popular radio voices and some that were new to the waves and which showed great potential.

“Thanks to the Daily Dispatch, we have been inundated with scores of applicants with exceptional talent from community radio stations in the province, while others came from stations around the country, but are originally from the Eastern Cape and have jumped at the opportunity to come home and plough back into the commercial radio station.

“We are happy to keep everyone in suspense as we build up to the days of our launch and share our exciting lineup. This will take place before we go on air to let everyone know we have arrived.”

Mafani said they already have an idea of who will be working on the breakfast, midday and afternoon drives “although we are still in the process of finalising everything”.

The former host of popular Umhlobo Wenene FM breakfast show iBreakfast Eyondlayo Ekuseni (BEE) said starting a radio station had many complexities, but everything was finally falling into place.

“The people have been so patient and eagerly awaiting for the station to hit the waves. Also, to those who waited patiently for responses on their applications, your patience has been highly appreciated,” said Mafani. — mbalit@dispatch.co.za