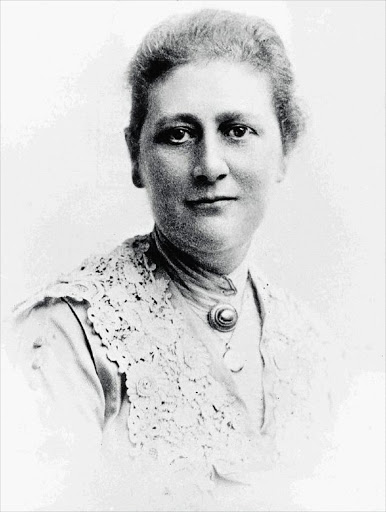 This year marks the 150th anniversary of Potter’s birth, and archivists have been trawling through her thousands of letters – many of them unpublished – for hidden details about her life. They have discovered that behind her fiercely guarded public image was a deeply sensitive woman, who never got over her first love.

Beatrix’s relationship with her editor, Norman Warne, was the focus of the Renee Zellweger weepie Miss Potter.

But in the film, Beatrix lives happily ever after with William Heelis, a solicitor. The truth is much darker.

“Reading Beatrix’s letters, I was surprised to find that her love for Norman never died. We think of Beatrix Potter as a strong, private woman, but these letters show her intense loneliness.”

Beatrix Potter was born into an upper middle-class household on July 28 1866. The family lived at 2 Bolton Gardens in Kensington, London.

Beatrix had few friends, except for her pets. She loved to sketch them. In her late 20s, she wrote illustrated letters to the children of her former governess, Annie Moore. Five-year-old Noel, who was recovering from scarlet fever, received the first incarnation of The Tale of Peter Rabbit. It was Moore who suggested Beatrix turn it into a book.

Six publishers rejected the manuscript, so Beatrix published it herself.

It was such a success that she asked the publisher who had sent the politest rejection letter, Frederick Warne & Co, to reconsider. They agreed.

The official version of The Tale of Peter Rabbit came out in 1902. By Christmas, it had sold 20000 copies.

The partnership between Beatrix and Norman was to transform their lives forever. Norman admired Beatrix’s independent personality. Beatrix warmed to his sense of humour.

They exchanged letters every day.

“It was the strangest of courtships,” said Norman’s niece, Winifred Warne, years later.

“They were never alone together. When Beatrix went to the office, she was always chaperoned and when she went to Bedford Square some other member of the family would always be there, too.”

Beatrix’s parents tried to end the relationship by calling off a sketching trip to Surbiton. They were angry enough that Beatrix was pursuing a career as a writer because upper middle-class women were not meant to work. They were even more displeased to find that their daughter wanted to marry “into trade”.

“Their love affair was all cloak and dagger stuff,” Glenn said.

On July 25 1905, Norman proposed to Beatrix in a letter. She accepted.

Her parents disapproved and the news was kept to immediate relatives.

Five days later, she wrote to Norman’s brother, Harold, to let him know that the proof of The Tale of Mrs Tiggy-Winkle was on its way.

Beatrix says she will call at the office, but warns she cannot mention the engagement in case she is overheard. “You will not think me very cross if I say I would rather not talk much yet about that business?” she writes. “Though I am very glad you have been told.”

In early August, the Potters went on holiday to Llanbedr in Wales. On August 24, she wrote Norman “a silly letter all about my rabbits, and the walking stick that I was going to get for him to thrash his wife with”. He was never to read it.

The next morning Beatrix received a telegram from the Warne family saying that Norman was ill. That afternoon he died of lymphatic leukaemia. He was 37. She wrote later in her diary: “I am quite glad now I was not in time, I should only have cried and upset him, and I am sure he would have sent for me if he had wanted me.”

Yet Beatrix was heartbroken. “It was really hard on her,” says Glenn. “She was in pieces. Her whole world was about to fall apart.”

The family invited her to stay at Bedford Square a month after the funeral. She and Millie visited Norman’s grave at Highgate Cemetery. Beatrix felt responsible for its upkeep. She wrote to Mary, the wife of Norman’s brother, Fruing: “The stone is put back quite neatly again; it seems to want something planting at the back, there is much untidy trampled earth where the hawthorn was cut down ... I was wondering whether Japanese anemones would grow where it is shaded, Millie says you have them in your garden and know their habits.”

Beatrix clung to the idea that she could have shared her life with Norman and pursued their dream of setting up home at Hill Top Farm in Near Sawrey in the Lake District. She bought the 17th-century house and its 34-acre farm that autumn. The Hollywood version of her story sees her swiftly falling in love with William Heelis of Appleby, a local solicitor who helps her purchase nearby land.

But they weren’t to meet until 1908 and Norman remains very much in Beatrix’s mind for years to come.

Instead of her grief subsiding, it grew more acute. In a letter dated February 1 1906, she wrote to Millie: “Do you remember Miss Austin’s Persuasion with all the scenes and streets in Bath? It was always my favourite and I read the end part of it again last July, on the 26th the day after I got Norman’s letter, I thought my story had come right with patience and waiting like Anne Elliott’s did. There was a concert going on this afternoon at the pump room, I kept thinking about the book.”

Anne and Beatrix had longed for men they were told were beneath them. But whereas Anne finally married Captain Wentworth, Beatrix was to remain apart from her love forever.

Eight years on, Beatrix was still in love with Norman. When William proposed, she felt she must justify her forthcoming marriage to herself as much as to anyone else. In a letter dated July 4 1913, Beatrix wrote to Millie: “You would be only human if you felt a little hurt! Norman was a saint if ever man was good, I do not believe he would object, especially as it was my illness and the miserable feeling of loneliness that decided me at last.”

Glenn said: “I get the impression that Beatrix’s marriage to William was a pragmatic decision. They enjoyed each other’s company, but it was a relationship based largely on business. You can imagine them sitting across the table from each other, with their toasted teacakes and cups of tea, going, ‘What do you think about this farm?’”

Beatrix felt at ease with William because they both loved nature, but she doesn’t sound overwhelmed with joy.

Beatrix and William married on October 15 1913. But Norman was still in the picture. That November, Beatrix came across letters from Norman at Bolton Gardens that were “so upsetting” she couldn’t read them. “There are things I scarcely know what to do with – like his pipe,” she wrote to Millie. “I scarcely ought to be keeping them.” Of course, she did.

Alongside her wedding ring, she wore Norman’s engagement ring. In November 1918, it slipped off her finger. She wrote to Millie: “I lost Norman’s ring in the cornfield – pulled off while lifting wet sheaves with my fingers slipped under the bands, but it turned up amongst the remains of some wet stuff thrown down for the hens. I had untied many on the threshing floor in hopes of finding it. I am glad I was spared that last crowning distress of a most disastrous harvest ... My hand felt very strange and uncomfortable without it.”

It was 13 years after Norman’s death.

“She did change her name to Mrs Heelis in the end,” says Glenn. “But she easily could have been Beatrix Warne. It was always Norman for her.”

Beatrix Potter died in 1943, aged 77. She wore Norman’s plain gold ring for the rest of her life. — The Sunday Telegraph