No, Kurt Darren, you got many words wrong! 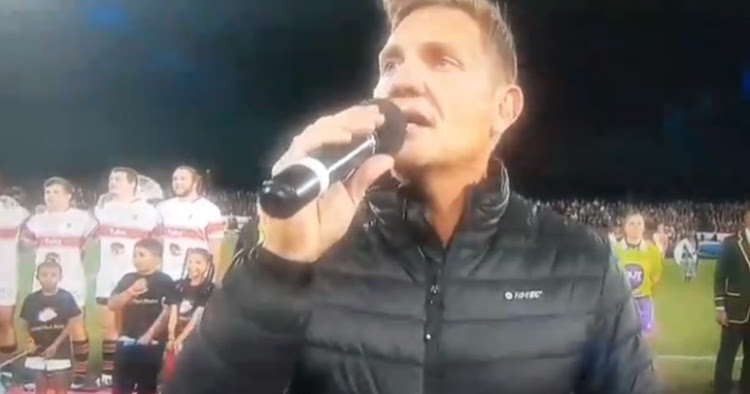 Kurt Darren insists he got just one word wrong.
Image: Grit_Sport via Twitter

Afrikaans singer Kurt Darren amused and disturbed many South Africans after he fumbled the lyrics to the national anthem.

While performing at the Varsity Cup game between Tuks and Maties on Monday night, Darren sang the line "Yizwa imithandazo le matshwenyeho" while singing the Sesotho part of the anthem.

O fedise dintwa le matshwenyeho, which translates to 'end all wars and tribulations' is the actual second line of the Sesotho part of the song which Darren messed up.

Yoh! Kurt Darren did not do his level best at the rugby game.
News
2 years ago

In video footage from the night, rugby players and members of the crowd could be seen laughing as he sang the lyrics.

During an interview on JacarandaFM, Darren said he had only messed up the part of the national anthem which is sung in Afrikaans.

"You mess up one little word, which was 'oor'," he said, referring to 'oor ons ewige gebergtes' which translates to 'over our everlasting mountains'.

"I just find it hilarious," he said on the public outrage, insisting that he only made a mistake with one word.