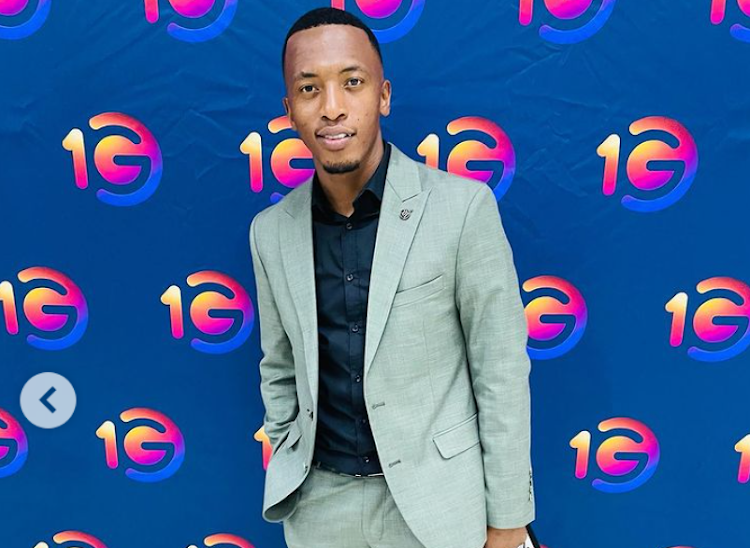 Dumi Mkokstad has received a public apology from gospel star Thinah Zungu for claiming that the singer knew about the purchasing of accolades in the music industry.

In a statement released on his social pages, Thinah Zungu retracted the post he made about the singer on Sunday, explaining that it was an attempt to make a joke.

“This is a public apology to Dumi and his friends and associates for mentioning his name in one of my posts on Sunday, I didn't mean any harm to anyone. I'm really sorry, they don't sell them and they haven't been bought,” Thinah Zungu wrote.

Award-winning gospel singer Dumi Mkokstad will be recording his live DVD at the Guild Theatre in East London on Saturday.
Lifestyle
1 year ago

Dumi took to his social media sharing a statement issued on his behalf by his team (that has since been deleted) distancing the gospel star from accusations of him having knowledge of artists purchasing awards.

“This conversation never took place between Mr Thinah Zungu and Mr Dumi Mkokstad nor is he in knowledge that such activities exist ... We have reached out to Mr Thinah Zungu to question him regarding this false accusation and he has apologised, stating that it was a joke,” read the statement. 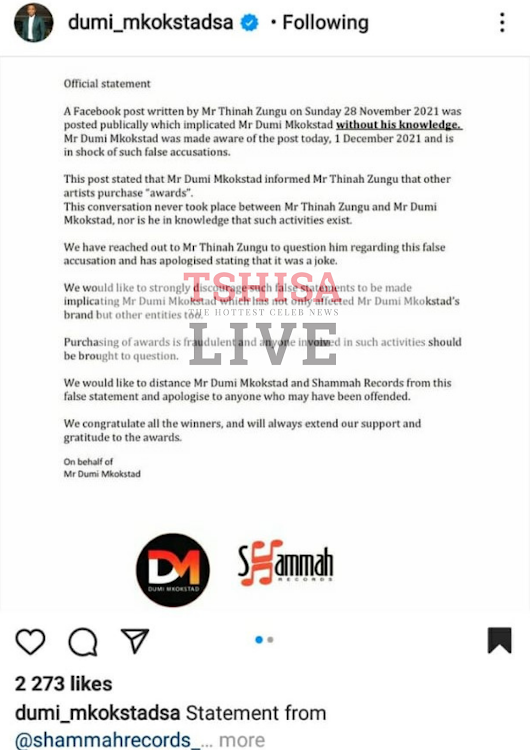 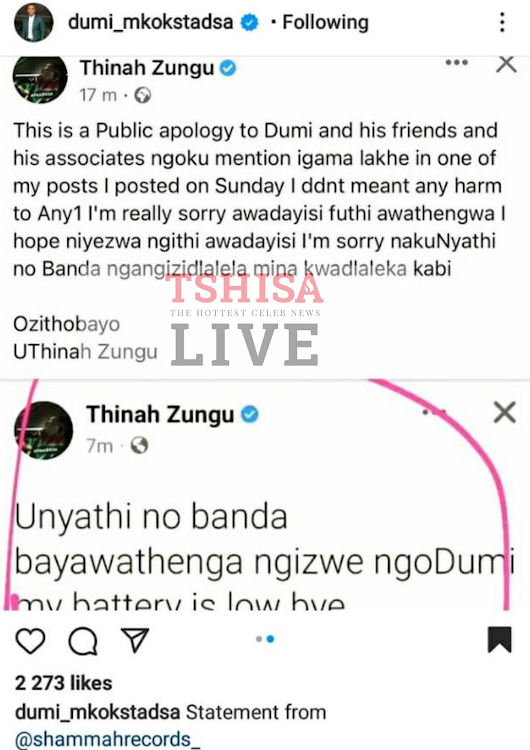 Attempts by TshisaLIVE to get comment from Dumi and Thinah were unsuccessful at the time of writing this article.