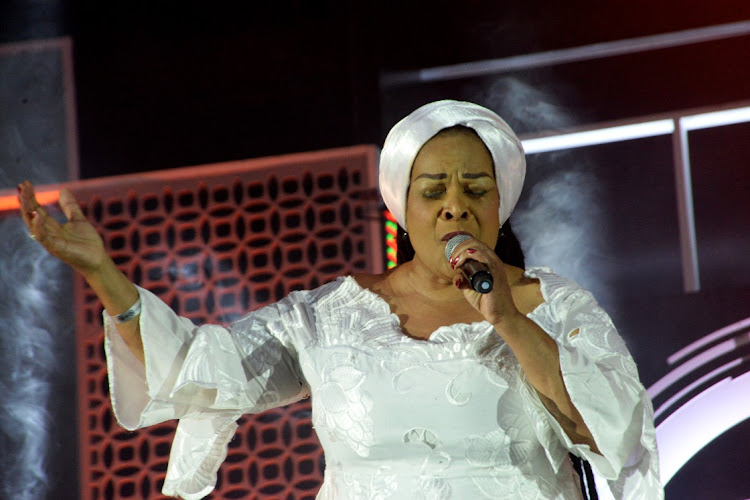 The star's family confirmed the news in a statement on social media, revealing that the singer died on Sunday in the presence of loved ones after a short illness.

“It is with deep sadness to inform you of the passing of our beloved mother, sister, aunt, friend and gospel musician Dr Deborah Fraser following a short illness. She passed today after midday, in the presence of her family and friends.” read the statement.

Her cause of death has not been revealed yet. The family asked for privacy while they grieve, saying more information would be shared in due course.

“As Dr Deborah Fraser's family, we would like to be given space to process and deal with this very tragic situation. The public will be further informed of any developments.”

Tributes have begun to trickle in on social media as many mourn the gospel star.

In a last interview with TshisaLIVE a few weeks ago, Deborah revealed that she was hospitalised from February to March this year after falling ill on her way to a gig at Klerksdorp in the North West and had since been wheelchair bound.

“I was unconscious, even the artists that came there said I should be transported to hospital,” she recalled, speaking to TshisaLIVE.

“I still cannot walk. I think it's because I was in bed for a long time, but I don't know for sure. It's stressful to live a life that you're not used to. I'm asking for love, I'm asking for prayers.” the singer said at the time.

She hoped she would regain her mobility, and had plans to go to rehab for physiotherapy to help her get back on her feet.

“If nobody is supporting me and I don't walk slow, I fall. Even the way you place me on a couch, you need to be careful. I can't walk alone and can't try to walk because I lose direction. When I have to go to the left, I go to the right and vice versa. I get dizzy.”

Lead singer of SA’s celebrated and renowned a cappella group Masibuyele kuJehova, Fifi Mabuza, has died. She was 63.
News
10 months ago