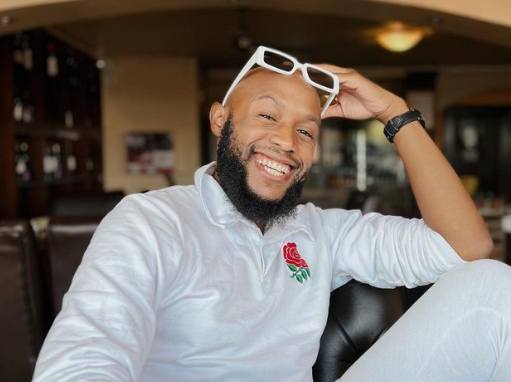 Mohale Motaung has tweeps flocking to his timeline with monetary donation requests amid speculation he has a hand in a hefty deal.

“There is an article on Twitter making allegations about NSFAS and the acting corporate services executive. This article was registered as an anonymous tip on our NSFAS fraud (Vuvuzela) hotline on July 17 2022.

“NSFAS has instructed its forensic team to perform a high-level review on the issue ...With all tenders awarded recently, the gentleman mentioned in the tweet is not listed as a director.”

The media personality laughed off the claims in a series of twitter posts.

While there are many rumours circulating in the web about Mohale’s life, he has been traveling and getting his money from inking ambassadorship deals and launching his fashion and acting career.

In June he made his debut on etv’s The Black Door, playing the role of a patron at a strip club.

Initially, Mohale was set to make a cameo appearance as himself on the show but the reality TV star and businessman said he preferred to challenge himself and expand his acting portfolio.

“We wanted longevity for the character. If I go in as Mohale then the character can only be for that particular time. For the storyline to continue and the character to grow we had to move away from Mohale and it allowed me to show my other sides,” he told TshisaLIVE.

Somizi's estranged hubby Mohale gets his own Showmax special to tell all!

Mohale Motaung is finally ready to spill the tea on his failed marriage to Somizi Mhlongo with Showmax special titled 'Mohale: On the Record'
Lifestyle
1 month ago

While he’s working towards telling stories from the producer’s chair and inspiring the youth, he’s also looking to launch his bag range, the Sebata Tote Bag, a collaboration with Elahom and Inga Atelier.

“I’ve always wanted to sort of create my own masterpiece of what I think is a carry-all bag for males specifically because a lot of males don’t want to carry bags because they associate a bag with females. So its kind of cool to create things that males can carry and use.”