Changing their world armed with courage 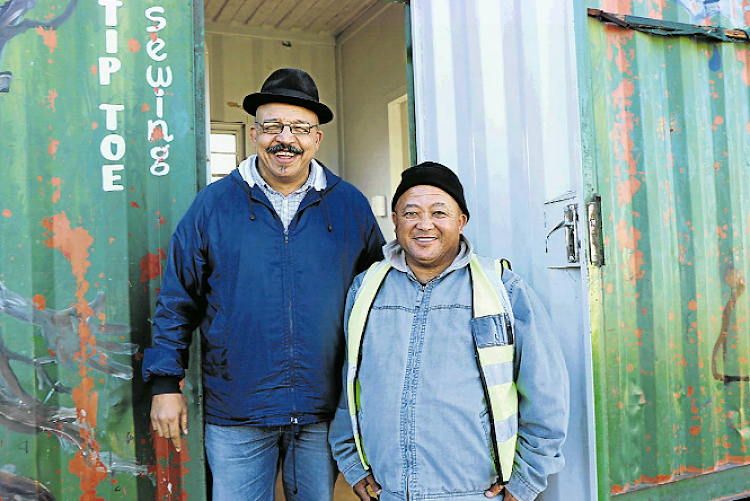 When they started with their good deeds, two East London men – armed with sjamboks, batons, torches and whistles – patrolled at night along the poor streets of Pefferville, trying to lower its high crime rate.

But Mark Stewart and Nathan Miles, who established the New Kwanda Pefferville Organisation, no longer limit themselves to nightly patrols. They hold maths classes, use sport to keep the youth off the street, act as an unpaid employment agency and feed poor families – and these are just some of their good deeds.

With nothing but reflectors, Stewart and Miles have made it their mission to fight crime and promote a safer community.

The two established their organisation two years ago and now they have 30 volunteer patrollers per night.

To motivate the unemployed volunteers, they take home some money.

The NGO, which works closely with police and the community police forum, has confiscated more than 100 knives and other dangerous weapons from potential suspects, which they hand over to the police.

Apart from patrolling the streets, the organisation also has other programmes to reduce crime and keep the youth off the streets. It also has a vegetable garden, which helps feed destitute households.

The organisation also serves as an advice centre. Miles and Stewart listen to residents’ problems and refer them to the relevant authorities.

In an effort to keep the youth off the street and away from a life of crime, Stewart and Miles also drive sports development and have helped establish Pefferville United Football Club and the Buffalo City touch rugby team. They also promote indigenous games.

One of the players, Juliano Botha, 15, is currently playing in a tournament in Spain.

“We focus on development and use sports as a vehicle to keep our youngsters away from alcohol and drug abuse,” Miles said.

Another area in which they work is job creation. They have helped find employment for more than 10 people, including Alphendale High School security guard Aubrey Stevenson.

“These two grew up in front of me. They are like parents to this community. I respect them so much. They got me a job and took us to security training out of their own pockets. Without them we will suffer, I tell you.

“They have no hidden agenda, there’s transparency.”

A volunteer visits residents’ homes to test for diabetes with a blood glucose meter machine they bought, and they refer people to clinics when necessary.

A trainee herbalist, Stewart makes diabetes medicine, but gives it to people who cannot afford to buy it.

“We are passionate about our community, we grew up here. We want to change it. We want to give the people of this community hope. There is life behind those drugs and the beers they want to drink,” he said.

Just like many NGOs, the do-gooders have challenges but are determined to continue.

They have no electricity, use broken toilets and are in desperate need of proper fencing.

“There is still so much to do in this community – we are parents for the greater community,” said Miles.