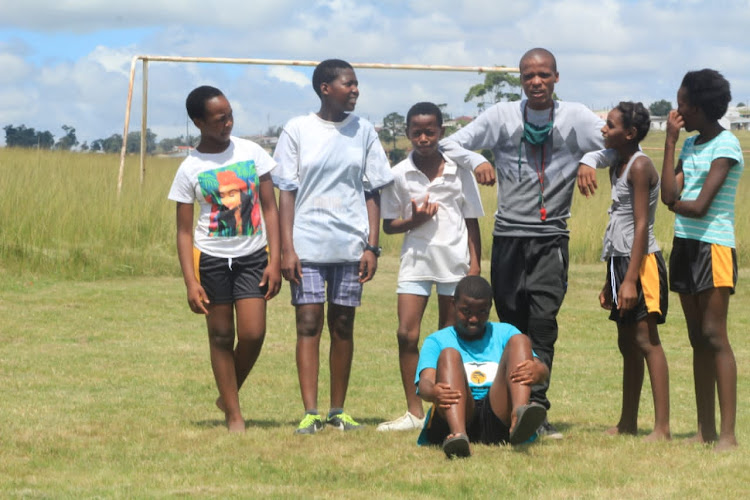 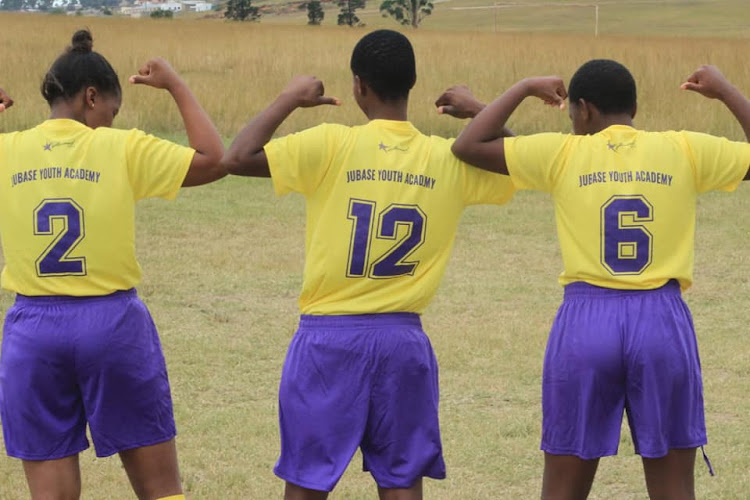 Establishing the Jubase Youth Academy (JYA) in January 2019, Mthatha-based Hoseya Jubase has dedicated the better part of the past three years to creating a women’s soccer club and a platform where young girls can grow and showcase their acting talents.

“Lack of sporting opportunities for rural girls is one of the main things that pushed me to start the academy, but I was also touched by the daily reports of gender-based violence against young girls and the increase in teenage pregnancies around the OR Tambo Region,” said Jubase, who was born in Qumbu, but has lived in Mthatha since 2005.

Prompted by his experience as an anchor for UCR Fm 97.0-Official and the various stories of gender- based violence he covered and came across, Jubase aims to help empower young girls through sport.

“The academy is mostly focused on women’s soccer development, while also assisting or giving opportunity and a platform to emerging actors and singers.

“The aim is to use women’s football as a vehicle to educate children and market soccer through mass participation, show the rural female footballers the value of soccer, building their future, and create a platform where they showcase their talent and also choose sport as one of their careers.

“They could become coaches or members of administration in sporting programmes,” said Jubase, whose passion for soccer started as a teenager while playing on the dusty streets of Ngangelizwe location.

“Every weekend I would go and watch football matches at Rotary stadium and organising my fellow friend’s into teams to compete against each other.

“I ended up playing U13 and U17 for Lover Boys FC in Waterfall Park and later joined Mbuqe Park’s senior team, Young Lions FC.”

The academy has 20 young female soccer players attending regular training sessions each week, some travelling more than 15km to join in.

“Some of the players come from as far as Ngqeleni to attend training sessions,” said Jubase, who pays their transport costs.

“Transporting those who live at a distance to and from the training sessions, auditions and performances is on me.

“There are no joining fees, my only intention is to give these young girls an opportunity to showcase their talent.

“Sport development is my passion, so spending the little I have to assist these kids is rewarding.”

The academy comprises a head coach (Jubase), as well as an assistant coach and administrative assistant.

“I decided to take over as the head coach while looking for a professional female coach.

“We are looking for a female coach who knows and understands football, has passion for sport development and is interested in making a difference rather than a profit,” said Jubase.

“I am also assisted by Xola Ntwana, who’s also a fitness trainer and Yamkela Mtshiyo, who is assisting me in terms of administration and communication.”

Empowering youngsters is his mission

Determined to address the various challenges facing the youth of Duncan Village, East London resident Khulile Jacobs has made it his mission to ...
Local Heroes
9 months ago

Jubase said the academy relied on his own pocket as well as donations.

“As a starter, I bought few training equipment for the football side until the recent donations from Mr Henry Feng and his wife Marisa, who reside in Johannesburg.

“We never met but they believed in us and assisted with three-piece soccer kits, a ball and bibs after coming across the academy on social media.

The club also has five actresses and Jubase hopes to keep supporting them in their endeavours.

He said a proud moment for the academy had been when a young actress was involved in a short film.

“A year ago, an actress from the academy, Inganathi Gaya, got her acting break in the short film called KwaNomagazi, written and directed by gospel artist Yongama Mrwetyana,” said Jubase.

“The most rewarding thing about running JYA is to see these kids smiling and doing what they love and their response and reaction to this keeps me motivated.

“Another thing that keeps me going are the words of wisdom and encouragement from the people who have been in women’s football for a long time, namely Ayakha Gqoboka, who is the founder of Ayakha Stars Ladies, whom I regard as my mentor.

“JYA’s goal is to become one of the best sport academies in SA and feed our beautiful Banyana Banyana.

“I will not rest until that has been realised,” Jubase said.