Going nuclear could be costly choice 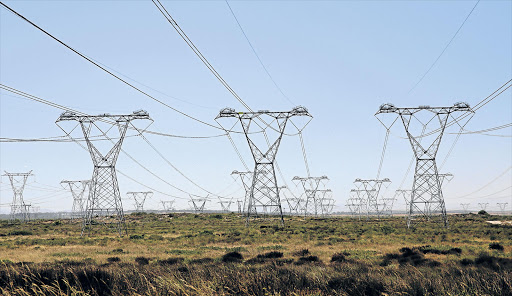 BUFFALO City Metro yesterday pleaded with Mzamomhle township residents in Gonubie to allow a contractor they chased away last week to finish anthe RDP houses electrification project.
The price of electricity generated by nuclear power is expected to be higher than that from any other technology except for gas and diesel‚ according to two independent analysts.The government is pressing ahead with a politically driven plan to procure 9600MW from nuclear power‚ but has not revealed what it will cost or provided detailed information of its effect  on the electricity price path.

The analyses illustrate that nuclear electricity could be more expensive than that generated by new coal plants‚ solar photovoltaic panels or wind. The studies differ slightly but both project the  cost of electricity for each technology‚ inclusive of capital‚ finance‚ maintenance and fuel costs.

In the first‚ Council for Scientific and Industrial Research (CSIR) energy centre manager Tobias Bischof-Niemz projects  nuclear power to cost R1/kWh‚ compared to new coal and solar at 80 cents and wind at 60 cents at today’s prices.

The electricity prices for wind and solar power are drawn from the latest round of bids by independent power producers. For new coal and nuclear power‚ the  costs are based on assumptions in the Integrated Resource Plan (IRP) 2010‚ the government’s key energy planning document‚ as well as the capital cost estimate of $40-billion for eight reactors by Russian nuclear vendor Rosatom.

The assumptions are generous on nuclear energy. Rosatom’s overnight cost estimate is considered to be low. The IRP 2010 assumptions are optimistic about nuclear‚ assuming a high load factor and a low cost of finance‚ as the units are built at a rate of six years per unit.

The CSIR says this implies that the levellised cost of nuclear energy will be no less than R1/kWh but is likely to be more.

Bischof-Niemz presented the price projections at a recent seminar on the costs and benefits of renewable energy at the Mapungubwe Institute for Strategic Reflection.

A second analysis –  by the Energy Research Centre at the University of Cape Town – also projects high risk that the levellised cost of nuclear energy will come out higher than most other technologies.

The Energy Research Centre model was designed as part of an “uncertainty study” funded by the United Nations Environment Programme.  Among the assumptions it makes is that 9600MW of nuclear energy would range from $50-billion to $70-billion in overnight costs‚ which is arrived at using the per kilowatt price in the IRP 2013‚ an updated version of the Department of Energy’s planning document‚ which is yet to be adopted by the cabinet.

“The outcome of this study has shown that nuclear remains competitive in comparison with other base-load technologies such as coal and gas.

“Commenting on the studies you mention would not be prudent as we have not commissioned them and do not know the context.”

Energy Research Centre researcher Bruno Merven says that the high risks attached to nuclear costs mean that taking a large bet on nuclear – such as 9600MW all at once – is not prudent and “a flexible‚ bite-sized approach” is more advisable.