Full-house signs go up at varsities 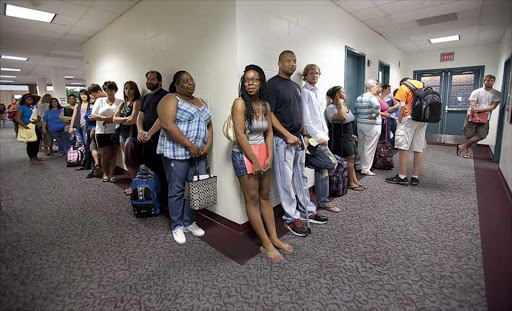 longline
Eastern Cape universities will be forced to turn away thousands of prospective first-year students, even if they achieve good matric results.

At Nelson Mandela Metropolitan University (NMMU) alone, spokeswoman Zandile Mbabela said they had received more than 112000 first-year applications for the new academic year, although they would be able to accommodate only 6500.

Walter Sisulu University of Technology, will have to reject 22500 of the 30000 applications they have received.

Mbabela said every year more pupils indicated interest in studying at the university, but unfortunately it was more than it could accommodate. “We just hope that those who applied at NMMU have also applied to other universities,” said Mbabela.

“This year we may have received a bit more applications than the previous year because others applied both manually and online, therefore we are dealing with applications from about 50000 applicants.”

WSU spokeswoman, Yonela Tukwayo, said although the university would like to have accepted all qualifying students, they were only allowed to accept 7500 students for the 2017 academic year, in line with enrolment targets set by the Department of Higher Education and Training (DHET).

WSU warned matriculants who had not applied for the 2017 academic year that the university would not be taking walk-ins.

“DHET set up the central application clearing house for late applicants to avoid an influx to tertiary institutions and we encourage those matriculants that didn’t apply to use this service to find spaces,” added Tukwayo. NMMU however said if space became available on other courses they would accept walk-ins.

“Depending on available spaces in the respective courses, a small window for walk-in applications may open, provided the applicant meets the direct entry requirements,” said Mbabela.

The University of Fort Hare was unavailable for comment, while Rhodes University had not answered questions at the time of writing yesterday. — simthandilef@dispatch.co.za