Voke brings era to an end 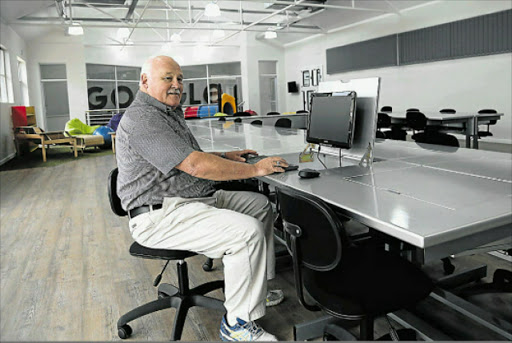 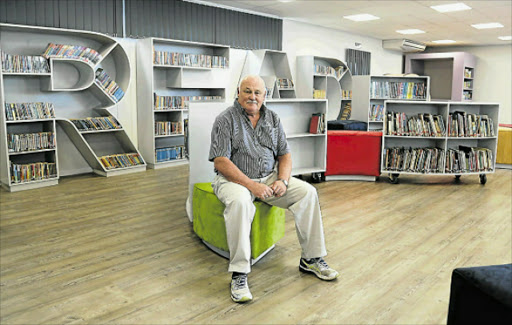 After 30 years – 20 years as principal – at Selborne Primary School, Doug Voke had to take tranquillisers to get through his final assembly at the end of last term.

“Otherwise I would have been a mess. I would have become so emotional that I would not have been able to talk,” explains Voke, 64, who nevertheless got choked up when the pupils of his school lined the “black stairs” at the hall entrance to bid him farewell after 20 years as principal and 10 as its deputy.

More tears were shed when Voke spent the weekend reading letters the boys wrote to him about the impact his leadership had had on them.

“One boy said I taught him that winning was not the most important aspect of sport and that academics are important, but not as important as being a gentleman and having good values,” says Voke, who was in his office packing the last of his belongings before retiring to a seaside home at Glen Stewart.

“One even wrote that he likes the gold chain that I wear.”

Defining his meaning of the word “gentleman”, Voke says the term requires respect for adults, peers and other cultures.

“What we have tried to do is build up empathy in boys so that they care for pupils with physical disabilities, or for those who are academically challenged. People have the perception that this is a rugger-bugger school, but it certainly isn’t.

“If I get a call from a host in Bloemfontein that our boys can come back anytime because of their rapport with adults and their good manners, then that is more important to me than beating Grey Bloem,” he said.

This progressive approach to bringing up boys flounders when Voke jokes about the chances of a woman taking over as principal of the school he attended as a child.

“It could be a woman, but I don’t think our governing body would appoint a woman. There’s no reason it shouldn’t be, but this is a boy’s school and has always had a male headmaster. I don’t think you’d get a Miss Jones scrumming down on the field and singing the war cry on derby day. It would be quite interesting. Of course if she was a sexy blonde it might work.”

Chuckling, he quips that his staff tease him for “always appointing sexy blondes”.

“If you look at the staff photo I suppose it’s true. I always say I appoint pretty girls because they keep the young boys at the school.”

Asked of the risk of this sexist ethos filtering through to his impressionable pupils, Voke waves the suggestion off, saying: “The boys don’t know. It’s just me and my staff who joke about it.”

Another change was the opening up of the school to all races, post-democracy. “It was a massive change. We had been separated for so long, but it didn’t really influence us and we had wonderful boys starting at the school. Children don’t have a problem, it’s the adults who make a problem of it, but we are fully integrated now.”

While dynamic deputy principal Abrie Pepler will take over as acting principal, he is also due to retire near the start of next year.

Voke has concerns about who will then lead the school, but concedes it could “benefit from someone new who will shake everything up a bit.

“After 30 years things do get a little mundane and old hat, but I have very mixed feelings and will miss the trustees, governing body and interaction and banter with the boys.”

A highlight of his last school day included the unveiling of the school’s very impressive new media centre which was named in his honour. Here a colourful, curly slide links the first floor hi-tech labs, Google-style, to the playful library below.

Voke proudly shows off the quirky modern library with its inviting reading nooks, bookshelf armchairs and funfair mirrors, a lively space run by his teacher wife Elizabeth, who is the facility’s librarian. “If you make it fun, that’s how children learn.”

Upstairs the superb IT area with its giant Google lettering, robotics room and large U-shaped table from which fold-out computer screens pop out with ease, is a magical, modern tribute to the digital future the boys are facing.

Much has changed over the decades he has led the school. Caning was an accepted form of punishment.

“It was written up and monitored and I never hit a boy in anger. I would tell them to ‘bend down and look out the window and think of Africa’, so I made light of it. Afterwards boys told me it was not a big deal and that it taught them something. After final assemblies the boys all wanted the honour of the final cuts of the year and the first guy at the office got one cut. It was an honour for that guy.”

Once “cuts” were outlawed, Voke changed his approach, and took to talking to offenders about their bad behaviour. “I tell them that we are all Selbornians, that we are all brothers.”

Still, he finds that punishments like detention are ineffectual.

“Children have gone soft,” he says. “There are no consequences for bad behaviour.”

Voke, who has three sons, Darryl, Gareth and Bryan, is looking forward to spending time with his grandchildren as well as fishing, photography and carpentry.

“I also want to travel to Croatia and do a barge trip in France.”

“I am going to miss getting to the school at 6am and sometimes opening it up.

“I read my newspaper, go through my e-mails and greet the boys.”

An old headmaster of mine once said: “You have to be there to greet them; they should not be there first to greet you.” — barbarah@dispatch.co.za