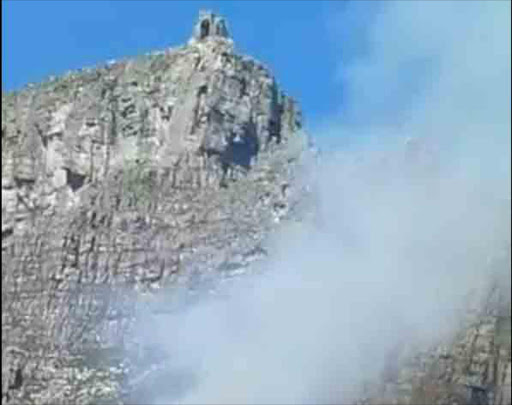 Police spokesman Lieutenant-Colonel Andrè Traut said: “A suspect in his forties was arrested by Cape Town central police on a charge of arson … after he set fire to the foot of Table Mountain below the cable car station.”

City fire and rescue spokesman Theo Lane said a large vegetation fire was burning on the slopes of the mountain.

City mayoral committee member for safety and security as well as social services Jean-Pierre (JP) Smith said the suspect was “found with petrol and other fire-making devices”.

Working on Fire shared video footage of choppers in action above the fire.