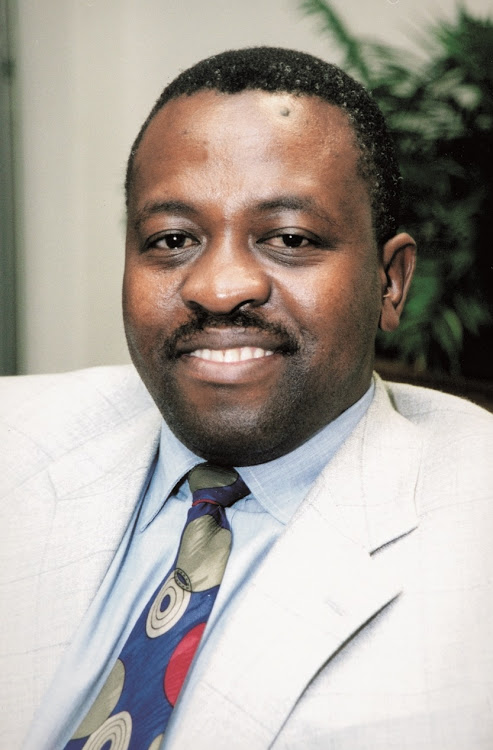 Constitutional Court judge Mbuyiseli Madlanga will be giving a series of lectures in his home province by being a guest professor at two Eastern Cape universities.
Image: File/ Russell Roberts

A leading black jurist is visiting the province in a bid to to try and straighten out the “unnatural kink” of racial inequality and inferiority complex which afflicts the SA legal profession.

KwaBhaca-born Constitutional Court judge Mbuyiseli Madlanga will be giving a series of lectures in his home province by being a guest professor at two Eastern Cape universities from next week.

Speaking to the Dispatch, Madlanga said he was on long leave and intended to use his time wisely.

“I considered ways of using that time meaningfully. I thought, on the assumption that I have something to offer, I should avail my services to Walter Sisulu University, my alma mater, and to Fort Hare University, an institution that has the proud history of having educated many an African luminary,” he said.

“I dream of a stage at which they will only be judged by their competence, excellence and dedication. At the moment white male legal practitioners dominate legal practice and are disproportionately better qualified, something which is a legacy of apartheid preference.

“A lot still needs to be done to correct this unnatural kink. Unfortunately, what still needs to be done is largely not within the control of the disadvantaged black and women legal practitioners. The best they can do is to clamour and lobby. The answer lies in whether any of that will be heeded. What I am alluding to here is the denial of opportunities.

“Absent that denial, I can say without any fear of contradiction that the competence and excellence of many more black practitioners would come to the fore, many more than the trickle that we often see on TV or read about in newspapers,” he said.

WSU spokesperson Yonela Tukwayo said they decided on Madlanga because he was an alumni of the institution and in 2016 was a recipient of an honorary doctorate in law.

“He is an accomplished leader in his profession. From time to time WSU invites industry leaders to address students, staff and the public on issues that are topical and impact communities,” she said.

Tukwayo said it was important for former students to give back and share their expertise.

“It is particularly important for accomplished alumni to come back to WSU to give hope and encouragement to the current student so that they too can see that it is possible to rise to the top even with humble beginnings at WSU,” she said.

Madlanga will be at WSU from September 24-28 and UFH from October 9-12. He will lecture on constitutional law.

President of convocation and alumni of WSU Zincedile Tiya said: “Justice Madlanga will be delivering these constitutional law lectures at a very critical time when our alma mater has just lost LLB accreditation. The convocation still vows to defend accreditation of qualifications WSU is losing and we are ready for whatever price it may cost to defend the integrity of our alma mater.”