Khanyile accused of siphoning off some R30m in ‘rigged tenders’ 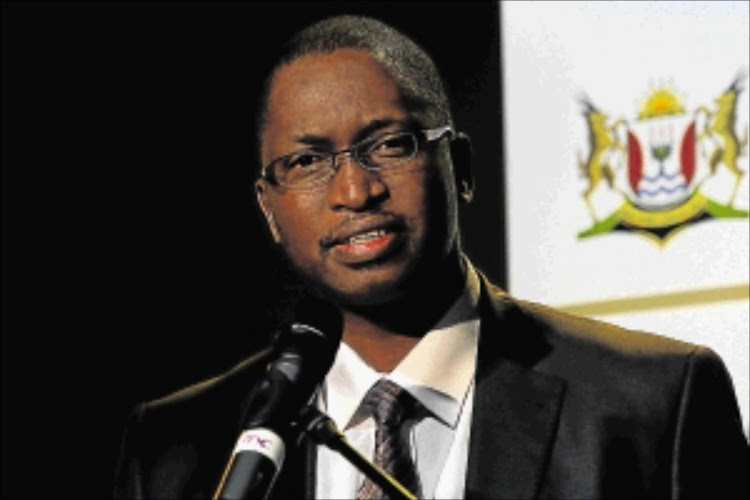 Stanley Khanyile, a former social development HoD in the Eastern Cape, was instrumental in stripping some R30m from the National Development Agency budget over two years via “rigged tenders”, according to papers in the Grahamstown High Court.

Nicole Peters, the deputy director of public prosecutions attached to the East London office of the Asset Forfeiture Unit (AFU), told the court that while Khanyile was manipulating the system to pay the millions to controversial Durban businessman Pooven Chetty, he reportedly told staff they had better heed his instructions as he was executing the will of then-MEC Sihlwayi.

The money, ostensibly intended for training Eastern Cape women, went straight into the pocket of Chetty and his business, Umnotho Training and Development Consultants.

No proof of any services ever having been rendered to women by Umnotho was sought by the department, which simply paid Chetty out, according to court papers. In 2017, the Dispatch revealed that Chetty had sponsored some R300,000 towards Sihlwayi’s junket to East Africa in 2016 – the same year the last payment to Chetty’s company was made.

Sihlwayi said she was well aware of the departmental programme that was being implemented by Umnotho and that she was aware of investigations around it. But she was unwilling to comment about allegations against her in Peters’s affidavit. She said: “I have not been formally accused by the department. It would not be wise for me to comment on this. But I’m open to the justice system to test my understanding of those processes. It is not easy to speak with you as there is no legal communication that has come to my attention. The best thing for me is to wait for any legal communication if I am an accused.”

Sihlwayi said of the allegation that Khanyile was acting on her behalf: “This is a serious accusation, that a political head instructed and therefore he yielded to the will of the political head.”

Sihlwayi, now an ANC MPL, was one three MECs removed from the provincial cabinet early this year. She was fired by premier Phumulo Masualle under pressure from the Oscar Mabuyani-led ANC provincial executive committee.

Assets worth millions belonging to Chetty and his business Umnotho – including a Porsche 911, properties, bitcoins, gold krugerrands and the contents of bank accounts – were frozen over the past three weeks.

The court issued two preservation orders, preventing Chetty or anyone else from selling, using or trading any of the assets.

The orders were confirmed on Tuesday by the attorney representing the AFU, Marius Wolmarans.

The money went to Chetty in two payments, one of R14m in 2015 and another R15m in 2016. Peters says in an affidavit in support of the preservation order that the R14m in 2015 was paid in two tranches to Chetty within a month of signing the illicit contract with him. The contract with Umnothi was signed on July 15 2015 and the first payment of R7m was made on July 30. The remaining R7m was paid over in August.

Despite finance chief director Nomboniso Helesi warning Khanyile that the entire process was unlawful and provincial Treasury’s refusal to condone a deviation from normal tender procedures, Khanyile redirected over a third of the NDA’s R42m 2015 budget to Chetty.

Khanyile overcame Treasury’s refusal to condone the deviation by simply approving his own application for the deviation. He reportedly told disgruntled staff that he was the accounting officer and his instructions were to be heeded as he was executing the will of the MEC, said Peters.

Peters further revealed in her affidavit that just one year later in 2016, Khanyile and the then-chief director in his office, Vuyokazi Sangoni, followed an almost identical unlawful modus operandi and Chetty benefited with another R15m. This time Umnothi itself drafted the tender specifications.

Peters says despite being intimidated by Sangoni’s presence the standing committee for bid evaluation in 2016 eliminated Umnotho during pre-evaluation.

Khanyile and Sangoni then overcame this unforeseen obstacle by simply sidelining the committee and establishing their own so-called “bid evaluation ad hoc committee” loaded with people chosen by them. Its subsequent unsurprising recommendation that Umnotho be granted the tender was never submitted to the bid adjudication committee as required by supply chain regulations.

Peters said the collusion of Khanyile, Sangoni and Umnotho constituted a criminal offence in terms of the Public Finance Management Act.

The money received by Chetty from the “rigged tenders” was used to buy a Porsche 911, pay a R100,000 deposit on a Land Rover, buy 52 gold krugerrand coins, a property in Old Cape Road in Port Elizabeth, and R1m renovations to a Durban property. It was also later discovered he had some R2.5m in investments, R500,000 of which was in bitcoins.

Another R12m was found in a bank account, now frozen.

AFU attorney Wolmarans Tuesday said both preservation orders had been served on Chetty. The application for the preserved assets to be forfeited to the state would follow, he added.

The Dispatch was curtly informed by a man at Umnotho’s Durban North offices that Chetty was “unavailable for comment” on the matter.

Khanyile earlier this year said he intended suing Xasa for defamation after Xasa accused him of siphoning off millions to Umnotho. On Tuesday Khanyile, when asked if he was aware of the case before the high court, told the Dispatch: "I know nothing about what you are talking about."

Asked if he knew Chetty and his firm Umnotho, Khanyile said: "Ey, boet, you know, let’s leave this thing because I do not know what you are talking about. You say a lot of things about allegations and I know nothing about it."