Ramaphosa has started swinging the axe as two ministries are merged 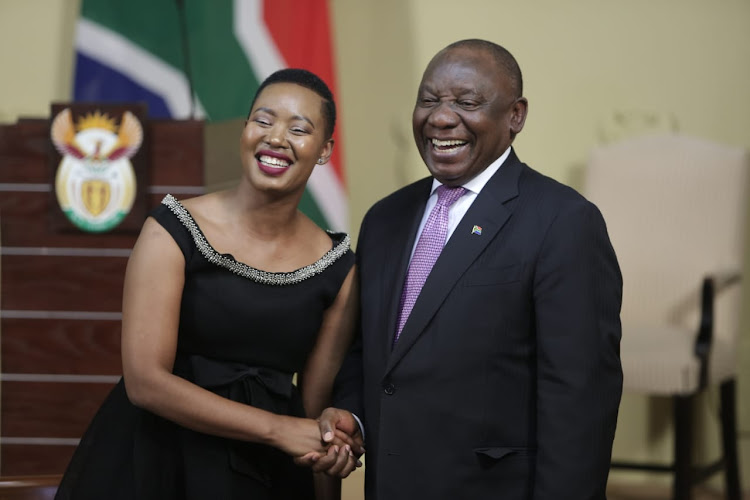 President Cyril Ramaphosa on Thursday announced Stella Ndabeni-Abrahams as the head of a new ministry born out of the merger of the communications and telecommunications and postal services ministries.
Image: Alaister Russell/The Sunday Times

It is the "first wave" in the reduction in the size of government.

Ramaphosa announced this decision during a cabinet reshuffle announcement at the Union Buildings on Thursday.

"This move is going to ensure that we have better alignment and co-ordination of matters that are critical to the future of our economy, particularly in the context of the fourth industrial revolution," he said.

Ramaphosa said the two departments would report to the new ministry, but would remain separate departments until after the elections next year.

"This is in line with the work we have been undertaking in line with the announcement that was made in the state of the nation address that we are going to look at realigning government. And in anticipation of the sixth administration, we will have completed this work. After the elections we can have a wider announcement on how we would have realigned government," he said.

Siyabonga Cele was named as Malusi Gigaba's replacement as home affairs minister when President Cyril Ramaphosa announced changes to his cabinet on ...
News
3 years ago

During her tenure as deputy minister of communications, Ndabeni-Abrahams had an acrimonious relationship with then minister Faith Muthambi.

In the ANC, Ndabeni-Abrahams serves on the provincial executive committee in the Eastern Cape.

During Ramaphosa’s campaign for office, she was seen to have worked hard to lobby ANC members to elect him as party president.

Ramaphosa did not say who would replace her as deputy minister of telecommunications.

The changes announced by Ramaphosa reduced the number of ministers in his cabinet to 34, with at least four deputy minister vacancies.

Ramaphosa said the merger of the two departments would help with the realignment of government “which we need right now”.

Former president Jacob Zuma was criticised when he decided to split the departments in 2014.

Analysis by the department of public service and administration showed that the splitting of the two departments was expensive and ineffective because one department made policy while the other had to execute it.