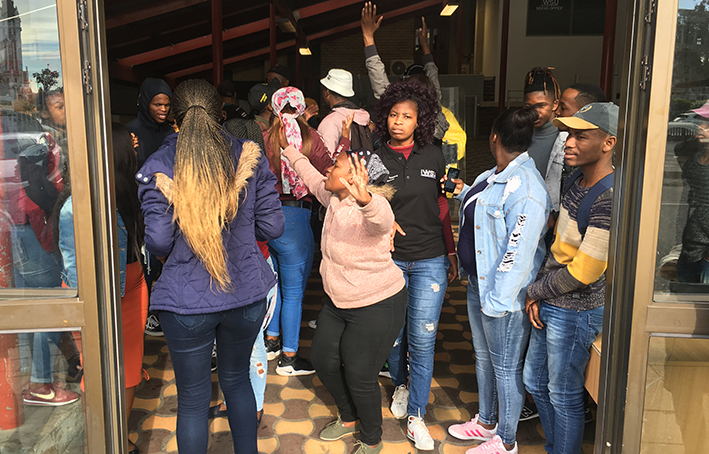 Walter Sisulu University (WSU) has postponed its mid-year exams for two faculties due to disruptions to the academic year.

However, the exam date has been pushed forward to June 18 as a result of disruptions over NSFAS payments.

Registrar Khaya Mapinda said the exam dates for other faculties remained, which means exams still get under ay at WSU campuses on Monday.

The 2019 academic year has been a tumultuous one, with students at Butterworth, Buffalo City and Mthatha campuses disrupting classes over non-payment of their allowances.

Most of the students affected were those studying towards a national higher certificate in accounting.

The Mthatha campus was disrupted at the Zamukulungisa site and at all sites in Buffalo City. Students at Ibika campus in Butterworth have been on a stay-away since May 23.

Students at Ibika campus vowed not to return to class until the matter was settled.

At the Buffalo City campus, Pasma secretary Lifa Makonco said they took to the streets because “students are hungry”.

University spokesperson Yonela Tukwayo said the students were initially declined funding by the NSFAS based on their N+2 rules.

“The national higher certificate [NHC] is a two-year programme at WSU but it was registered by NSFAS as a one-year programme. This meant that some students who converted their NHC to diplomas and repeated modules, then fell off the NSFAS funding list because their system saw the students as having exceeded the allocated time for studies.”

Tukwayo said the issues were raised with NSFAS and the mistake has been rectified. “WSU CFO Morgan Nhiwatiwa confirmed that those recently cleared by NSFAS for funding will receive their allocations in the next payment run.”