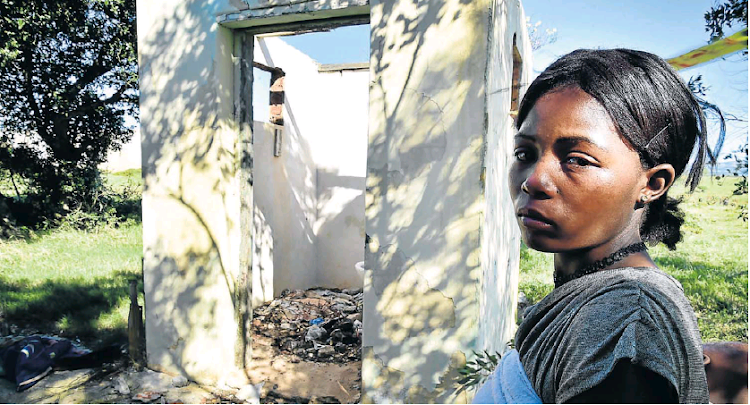 Veronique Makwena at the outhouse where the body of her five-year-old daughter, Chantelle, was found on Saturday after an extensive search
Image: Eugene Coetzee

Arrested for allegedly trying to avenge her daughter’s rape and murder by cutting off the penis of the man she believed had killed her daughter, a young Port Elizabeth mother begged on Thursday to be released on bail.

Holding her sole remaining child in her arms, a seven-month-old boy who had spent the past two weeks with her in jail, Veronique Makwena said she desperately needed to get home to her family so that she could mourn her daughter’s brutal death properly.

Chantel, 5, was raped and bludgeoned with a stone on August 3.

Her tiny body was then discarded in a dilapidated toilet cubicle in Rocklands, close to the family’s home.

Makwena, her sister-in-law Noxolo Manele, 25, and family friend Siyabonga Phalati, 24, were each granted bail of R500 by the Port Elizabeth Magistrate’s Court. 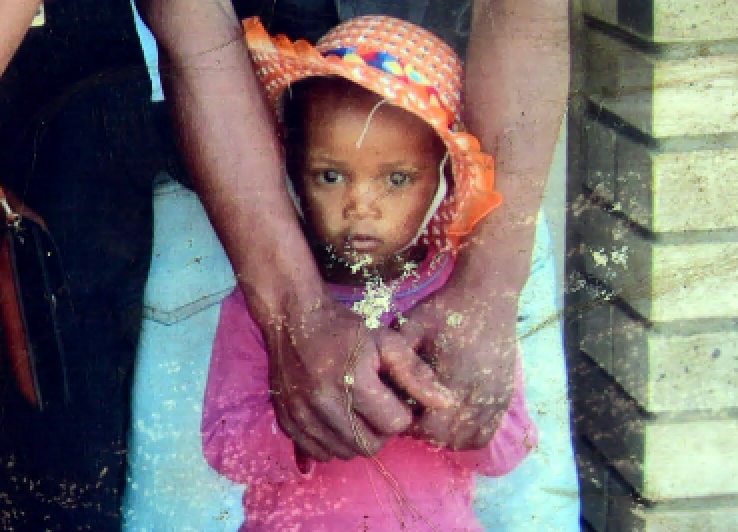 But with limited finances – the two women are unemployed and Phalati earns about R500 a week selling wood – they were unable to come up with the bail money and were taken back to prison.

Defence advocate Fundile Matoto said he would apply to have the bail amount reduced.

Afterwards, a distraught Makwena fought back the tears while trying to console her crying baby.

“I am heartsore. None of this feels nice. This is an extremely emotional experience,” she said. The court earlier heard how Makwena, Manele and Phalati had allegedly accosted a man, in his early 20s, on September 21, accusing him of the attack.

As the confrontation escalated just after 3pm, the man – the boyfriend of Makwena’s friend – was stabbed and his genitals sliced off.

The man had been taken in for questioning in connection with Chantel’s murder on August 3, but was released later by the police.

“He could be rearrested depending on the results of the DNA tests,” she said.

Yandisa Jonas, 28, was sentenced on Thursday to 19 years in jail by the Butterworth magistrate’s court for raping a boy, 12.
News
2 years ago

Warrant Officer Bertus Bloem said in an affidavit that doctors had managed to reattach the man’s penis and he was receiving treatment at Provincial Hospital’s urology unit.

Bloem said he had visited the man, who is not being named, in hospital on Tuesday and he had positively identified the three people before court as those allegedly responsible for the amputation.

Bloem conceded, however, that it was not in the interests of justice to keep them in custody any longer, particularly Makwena, who was still nursing her little boy.

In an affidavit that left even a court interpreter in tears, Makwena said she was still trying to come to terms with the loss of her daughter, knowing that she had been brutally raped before being killed.

Chantel had been missing for almost a day before her body was finally discovered by residents in the area.

She had loved the colour pink and was known for her infectious laugh.

Chantel went missing on the evening of August 3 after being left in the care of Makwena’s friend.

It is understood that the friend and her boyfriend, who had also stayed over at the house in Rocklands, got into a fight and she stormed off.

Chantel’s body was discovered only late the following day, under a pile of bricks in the stinking ablution facility.

Bloem said the case was still under investigation.

Teacher charged with raping pupil, 13, and trying to abort her baby

A KwaZulu-Natal teacher who allegedly impregnated a 13-year-old pupil and then attempted to terminate the pregnancy has been charged with rape and ...
News
2 years ago

Matoto said while his clients would plead not guilty to the charge of attempted murder, they had opted not to disclose the basis of their defence at this stage.

Makwena has lived in Rocklands her whole life.

Manele, the sister of Chantel’s father, and Phalati, also grew up in the area.

Matoto said while the allegations against the three were extremely serious, the court needed to bear in mind that Makwena’s young daughter had been cruelly raped and killed – the possible motivation for her alleged actions.

He said it would be inhumane to keep a seven-month-old baby in prison any longer. While magistrate Xolile Dlulisa agreed, he said the case was not a run-of-the-mill matter.

“It is not often that members of the community decide to cut off someone’s private parts,” Dlulisa said.

He said no matter how aggrieved Chantel’s family and friends had been, it did not warrant their alleged conduct.

Dlulisa said if he merely fobbed off their alleged actions in trying to take revenge, it would send out the wrong message.

“The court must, however, assess the facts of the matter accumulatively.”

He granted bail of R500 on condition that the three accused not communicate with the injured man.

The case was postponed to November 20.

Three male staff members at a Ngcobo school have been arrested to face charges of luring three boys to their homes on the pretence of helping them ...
News
2 years ago