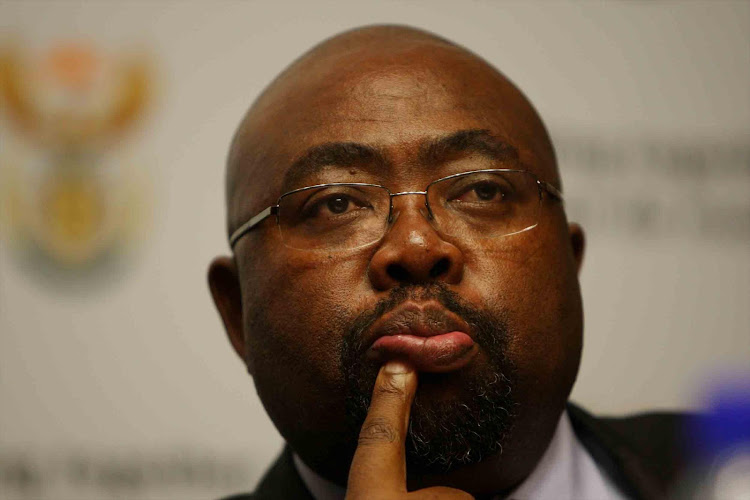 If employees don’t feel that their bosses are taking the necessary Covid-19 safety measures, they do not have to go to work, employment & labour minister Thulas Nxesi said on Friday.

He said consultation had been held with social partners at the National Economic Development and Labour Council (Nedlac), and draft amendments to the directive issued before level three had been tabled.

“The draft direction clarifies that employees have the right to refuse to work if they have a reasonable belief that the necessary precautions have not been put in place to prevent the transmission of Covid-19.

When asked about workers staying away if they didn’t feel safe, Nxesi said:“"We are going to rely, one, on the organised workers, the unions. Shop stewards become very important  to help us because we can’t be at every workplace.

Second, we’ve requested that health and safety committees are put in place at every workplace to deal with what is emerging so they can resolve those issues. Those must have worker representation”"

Domestic workers allowed to go back to work during level 3

Domestic workers can go back to work from Monday - but only in circumstances where it’s safe to do so.
News
1 year ago

Employers would also be required to appoint a Covid-19 compliance officer, undertake a risk assessment of the workplace and develop a plan for the return to work.

All of this must be in place before the reopening of  businesses, in consultation with representative trade unions and health and safety committees.

The amended directives will also contain details of responsibilities of employers about their employees who have underlying heath conditions and those who are older than 60.

Workers who contracted Covid-19 in the workplace would also be entitled to a 14-day quarantine and paid sick leave, he said.

Employers would also be compelled to provide no fewer than two free face masks to all staff members. The washing of them would be each employee’s responsibility.

This also applied to domestic workers and gardeners, Nxesi said.

Costs emanating from the purchase of sanitisers and disinfection of office surfaces would be paid for by employers, and they were are prohibited from deducting from staff members’ salaries for these.

Nxesi said the draft amendments would be finalised and published level three’s start on June 1.

The minister expressed concern about non-compliance by employers.

Inspectors dispatched by the department had been arriving unannounced at workplaces, and would continue to do so under level three, he said.

Those employers who continue to disobey precautionary measures would be sanctioned accordingly, Nxesi said.

“The state of compliance leaves much to be desired. For example, in inspections conducted on Monday this week, of 72 workplaces 44 were not compliant,” Nxesi said.

“As a result, the inspectors served six prohibition notices, 37 contraventions, and six improvement notices, just on the one day.

“We need to change behaviour in response to the dangers posed by Covid-19. This message has not embedded itself in the consciousness of many employers, according to what we see in our statistics.”

Nxesi said the situation of non-compliance had been attended to in the past two months as 332 prohibition notices had been served.

On Unemployment Insurance Funds claims relating to Covid-19, Nxesi said 15bn had been paid to 200,000 employers for the benefit of three million workers.

Applications for May had opened on Thursday, he said.