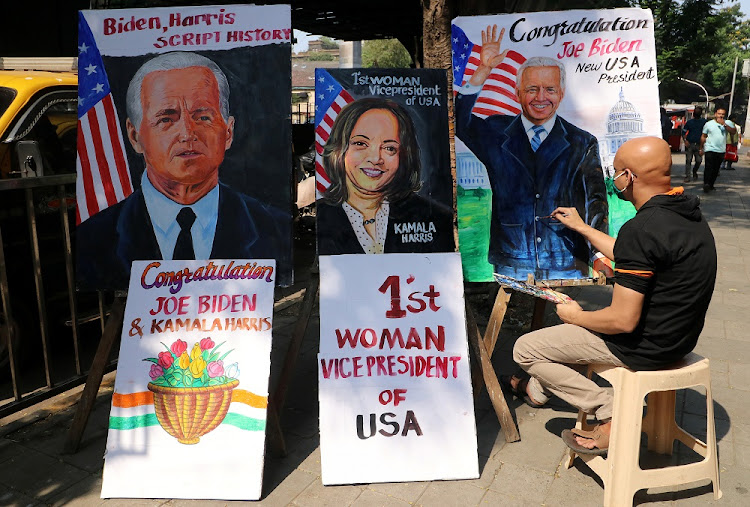 An artist applies finishing touches to a painting of US President-elect Joe Biden alongside a road in Mumbai, India, on November 8, 2020.
Image: REUTERS/ NIHARIKA KULKARNI

Indians burst firecrackers on Sunday and offered prayers of gratitude over the election of Kamala Harris as the next US vice president, declaring it a proud moment for Indian-Americans.

Harris, born to an Indian mother and a Jamaican father, both of whom immigrated to the United States to study, made history by becoming the first woman to win the second-highest US office in the election.

At her ancestral village in southern India, about 8,000 km (4,970 miles) from Washington D.C., children clutched posters of Harris as people gathered at a Hindu temple to thank the gods for the victory that she and president-elect Joe Biden won.

Priests at the temple in Thulasendrapuram village bathed the local deity in milk and prayed. Women drew murals in the courtyard and musicians played traditional music.

“A woman hailing from this small village now holds one of highest positions in US. It's a proud moment,” said R Kamaraj, a government minister in the southern state of Tamil Nadu who joined the celebrations.

Harris, who visited the village when she was 5, has often recalled walks with her maternal grandfather on the beaches of the southern city of Chennai during annual trips from the US 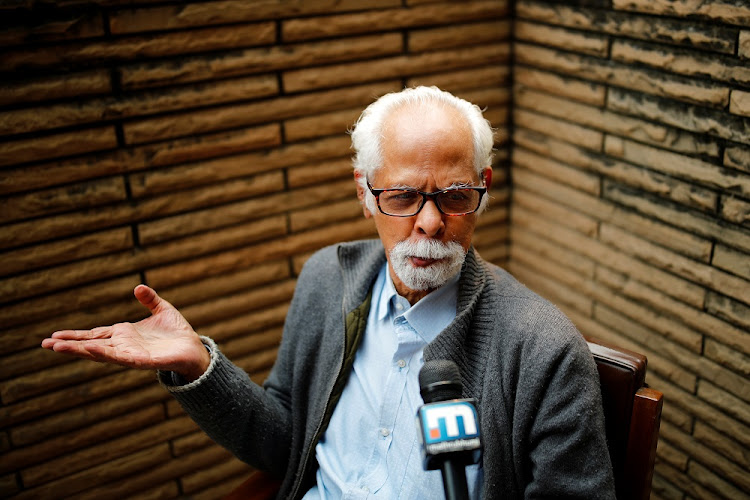 Those conversations with her grandfather, who was among millions of people who joined India's independence movement, left a profound impact, Harris said in a 2018 speech.

She has been in close touch with her family in India and her uncle said he planned to attend the inauguration in January.

“It's great (the victory). It was needed and it was good. And the next four years will be good,” G. Balachandran, a leading defence scholar, told Reuters partner ANI at his home in New Delhi, where like millions of people worldwide, he watched every turn and twist of the election.

“I knew she was going to win. So, I was not tense, except I wanted the final results to come in so that I could go and sleep,” he said.

In Mumbai, people shot off fireworks and a group of artists painted a portrait of Biden and Harris.

“Your success is pathbreaking, and a matter of immense pride not just for your chittis, but also for all Indian-Americans,” he said in a tweet, referring to the Tamil word for aunts that Harris referred to in her acceptance speech for the Democratic Party nomination.

Kaling tweeted images of Harris and wrote “Crying and holding my daughter, 'look baby, she looks like us'.”