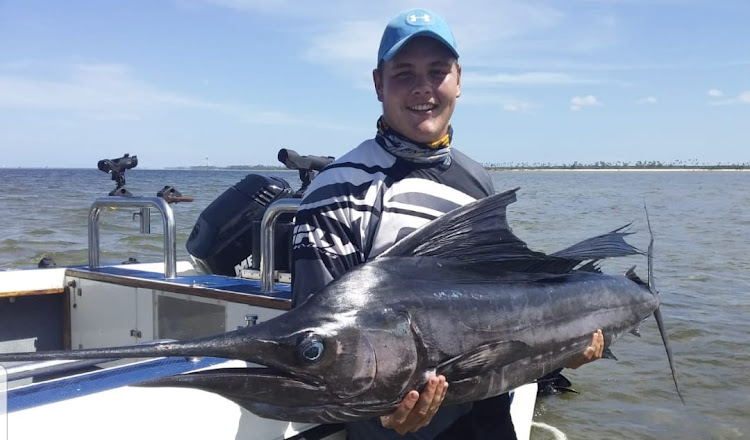 This picture of Francois van Niekerk, caught up in fighting in northern Mozambique, was posted on a Facebook page titled "Bring Francois home".
Image: Facebook

A 21-year-old South African who was missing in the volatile northern Mozambique town  of Palma has been found, according to reports.

Francois van Niekerk, who did work related to Total's multi-billion-dollar natural gas project in Mozambique, last made contact with his family on Wednesday. His stepmother, Cindy Cooke, told Reuters at the weekend the family was frantically trying to get information on his whereabouts.

Rescuers had gone to his location on Saturday and he was not there, she said.

“It's scary. Being there is no joke. They (the insurgents) are ruthless, just ruthless,” she said.

But on Sunday morning, a Facebook page dedicated to "Bring Francois home" announced that he had been found alive.

"Our boy has been found, he is safe at the camp," the post read.

Several South Africans are feared to be among dozens of foreign contractors killed or captured on Friday as they tried to escape Islamic militants in ...
Africa
1 month ago

SA has confirmed that some of its citizens had been affected by the attacks on foreign nationals doing contract work related to the offshore natural gas project but no details have been released.

Netwerk24 reported that two South Africans, Van Niekerk and Nick Alexander, had been found after hiding in bushes alongside other foreign nationals working in the area. Van Niekerk's father, also Francois, travelled to Palma on Friday. The Dyck Advisory Group, which has a contract to assist the Maputo government in protecting the gas-rich province of Cabo Delgado, tracked them down.

Posted by Bringfrancoishome on Friday, March 26, 2021

This after reports emerged that suspected Islamist insurgents attacked a convoy of fleeing civilians, including foreign workers, as fighting continued in a northern Mozambique town that is near a number of gas projects.

At least one person was killed and a number wounded in Friday's attack, according to three sources and three organisations with employees inside a hotel where people have been taking refuge in the town of Palma.

French energy group Total said on Saturday it had postponed the restart of work at its site near Palma, a logistics hub adjacent to gas projects worth $60bn. No project staff were among the victims of the fighting, it said.

The attack on Palma began just hours after Total said on Wednesday that it would resume work at its $20bn project after halting operations in January due to security concerns.

Nearly 200 people had been sheltering in the Amarula Palma hotel during the attack, according to three diplomats and one of the organisations with people inside.

They included a Spanish resident and other foreigners who locked themselves in a protected room in the hotel, a Spanish diplomatic source told Reuters. Spain's foreign ministry confirmed there had been a Spanish citizen in Palma who managed to flee the town.

Before the ambush, rescue efforts had been under way with at least 20 people flown to safety in helicopters, said Lionel Dyck, who runs Dyck Advisory Group, a SA private security company that works with the Mozambique's government.

On Friday afternoon, some people attempted to escape in a convoy of vehicles but were ambushed just outside the hotel, according to Dyck, two diplomats and the organisations with people inside.

Dyck said his helicopters evacuated more than 20 survivors on Saturday.

Reuters could not independently verify the accounts. Most communications with Palma are down. Officials at Mozambique's foreign ministry, defence ministry and the provincial government did not immediately respond to calls or had their phones switched off on Saturday. The national police said they were evaluating the situation, without providing further details.

Mozambique's government said on Thursday that security forces were working to restore order in Palma.

The province of Cabo Delgado, where the town is located, has since 2017 been the target of a simmering Islamist insurgency linked to Islamic State.

It was not immediately clear how many people, if any, remained in the Amarula Palma hotel on Saturday and how many were missing. Contacted via Facebook, the hotel said it could not give any information.

Beheadings have been a hallmark of attacks by the insurgents, whose rebellion is rooted in local issues from poverty and unemployment to perceived corruption and religious discrimination.

Portugal's foreign ministry said one of its nationals had been injured in the fighting but did not specify the circumstances. The person had since been rescued, and its embassy in Maputo was working to identify other Portuguese nationals who needed support, the ministry said in an e-mail.

New York-based Human Rights Watch said it spoke to seven people in Palma before communications were cut on Wednesday. They described people fleeing as gunshots rang out, bodies in the streets and insurgents firing at both people and buildings, the group said in a statement.