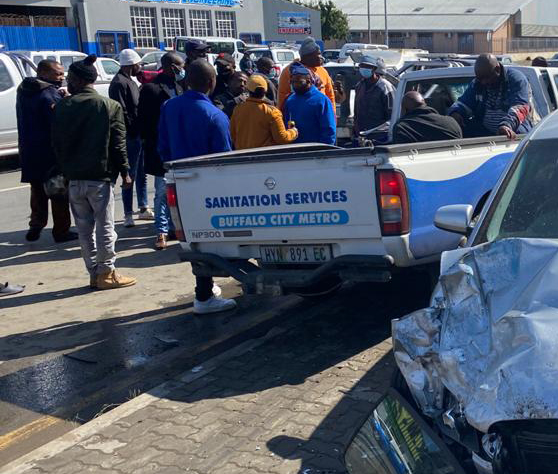 A Qonce (previously King William's Town)  pedestrian narrowly escaped death after the driver of a speeding Buffalo City Metro (BCM) vehicle lost control on a busy street in the CBD on Tuesday.

The incident was caught on CCTV cameras, which shows the moment a sanitation services department bakkie speeds and swerves past three pedestrians before crashing into an Audi parked outside a business in the town.

Violence broke out in Mthatha when protesting students charged police and torched a Nyala armoured personnel carrier at the entrance of Walter Sisulu ...
News
1 year ago