Blast heard in Kabul as US forces destroy munitions -Taliban 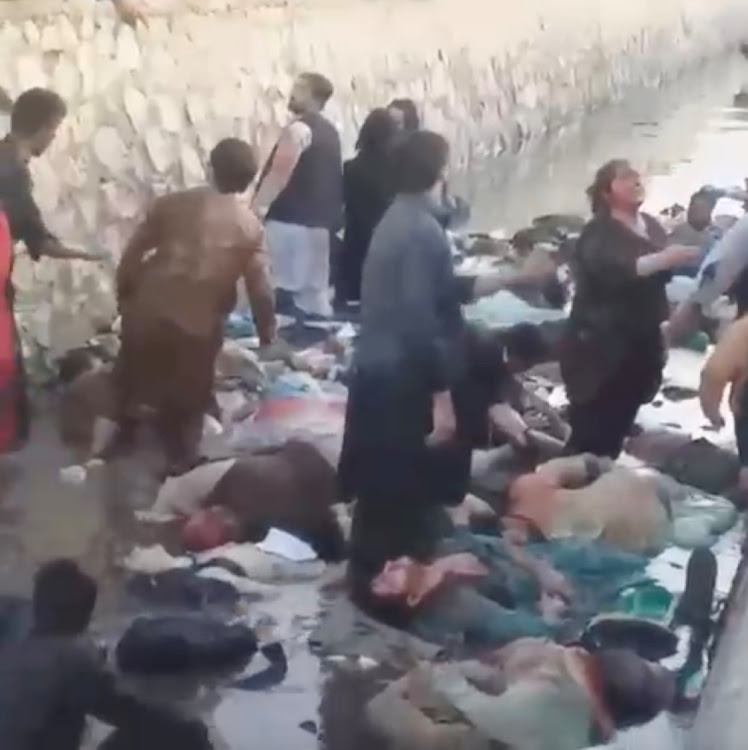 SENSITIVE MATERIAL. THIS IMAGE MAY OFFEND OR DISTURB A view of injured people and dead bodies after an explosion near the Hamid Karzai International Airport, in Kabul, Afghanistan August 26, 2021. THIS IMAGE HAS BEEN SUPPLIED BY A THIRD PARTY. NO RESALES. NO ARCHIVES. MANDATORY CREDIT.
Image: AAMAJ NEWS AGENCY/Handout via REUTERS

A large explosion was heard in Kabul late on Thursday as the US military destroyed ammunition, Taliban spokesman Zabihullah Mujahid said on Thursday.

Two witnesses in an area some 3-4 kilometres from the airport said earlier they had heard a huge explosion, hours after an Islamic State suicide attack killed dozens of people trying to board evacuation flights.

A suspected suicide bomb exploded outside Kabul airport on Thursday and US service members were among the wounded, a US official said, after the ...
News
10 months ago