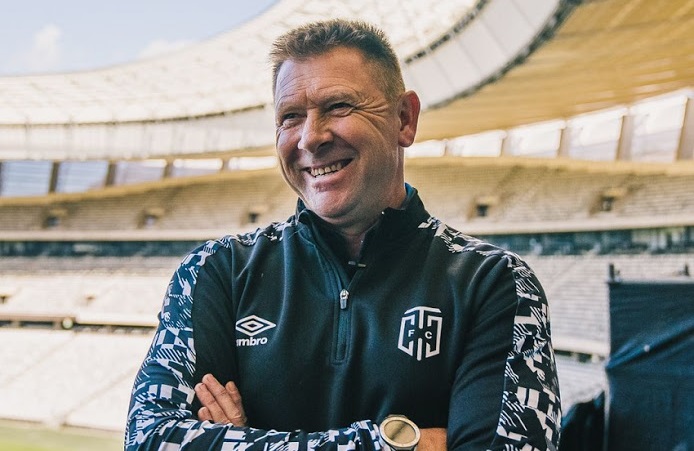 Cape Town City coach Eric Tinkler says it bodes well for the DStv Premiership and Bafana Bafana to have four SA teams progressing to the next stage of the Confederation of African Football competitions.

SA made the nation proud in the Champions League as Mamelodi Sundowns advanced to the group stages with a 4-2 aggregate win over Congolese side AS Maniema Union, while AmaZulu advanced on the away goal rule over TP Mazembe from the Democratic Republic of the Congo.

Not to be outdone, Marumo Gallants defied the odds to qualify for the play-off round of the Confederation Cup after an 2-1 aggregate win over DR Congo side AS Vita, while Orlando Pirates joined the Limpopo side following their 1-0 aggregate win over Diables Noirs also from the central African country.

“I hope so,” was Tinkler’s straightforward answer when asked if SA teams are beginning to take continental competitions seriously and not just leaving it to Sundowns.

“Obviously it is important that people take the Champions League and the Confederation Cup seriously. It is high time that SA teams take those competitions seriously because our players will gain valuable lessons while travelling and playing against some of the best on the continent.”

Cape Town City coach Eric Tinkler felt that on another night he would have been talking about all three points against Orlando Pirates, he said after ...
Sport
10 months ago

Tinkler knows a thing or two about playing on the continent as he coached SuperSport United to the Confederation Cup final which they lost to TP Mazembe in 2017 after he took over from Stuart Baxter.

“Ultimately I believe that the league gains from teams competing in the Champions League and Confederation Cup because the quality of our players gets better and our national team also benefits from it.

“I am the one who has always been in favour of playing in Africa and I am happy to see these teams going through and doing as well as they are doing. Congratulations to all the coaches for what they have done so far with their clubs and progressing to the next round.”

Tinkler was speaking as City prepared for the MTN8 final against Mamelodi Sundowns at the Moses Mabhida Stadium where he is sweating over the fitness of captain Thami Mkhize, defender Terence Mashego and midfielder Mduduzi Mdantsane.

Cape Town City and Swallows played to an exciting goalless draw in their first leg MTN8 semi-final in Athlone on Sunday but anyone who watched the ...
Sport
11 months ago

“In terms of his (Mkhize's) fitness, Monday was our first training session and he came to do a recovery session and we will reassess him again this week. With regards to Terence Mashego, we rested him in our last game against Golden Arrows because of the amount of games he has played and he was also carrying a minor injury.

“So, we will again assess his (Mashego) availability later this week and we also have the situation of Mdantsane who got a bit of a knock in our last match against Arrows. We are also trying to see if Douglas Mapfumo will be available because he has been out now for the last three weeks.

“He (Mapfumo) started a bit of running and kicking on Monday and we will see if he is available, Patrick Fisher also has been out with an injury and he should he back in the reckoning.

“Right now, the only one who is training fully with the team is Mapfumo and Darren Keet, the others are just carrying little niggles and we will assess and make the final decision about their availability or not by Thursday.”