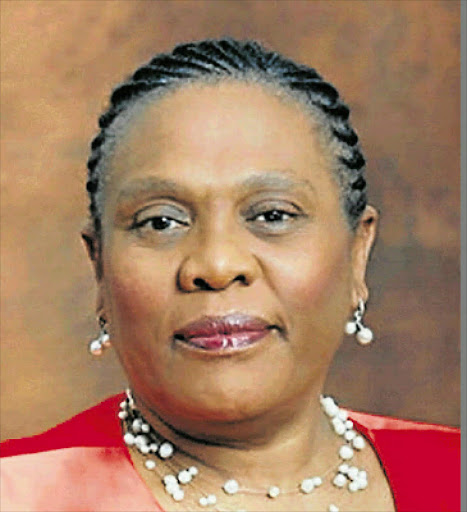 Like many other coastal areas in South Africa, East London and Port Elizabeth are also important centres of industrial manufacturing and economic development.

East London and Port Elizabeth, with three commercial ports in total, are intricately connected to, and dependent on, the surrounding ocean as a resource.

However, these developments, and indeed coastal development in general, must also be balanced with the need to ensure the health and integrity of our coastal and oceanic resources.

The entire oceanic ecosystem is exposed to a wide range of pollution sources, such as illegal dumping practices, spillages from ships, waste disposal from port dredging operations and mining operations, and the discharge of sewage, storm water, agricultural run-off and marine litter from land-based sources.

Our oceans are sadly becoming a major sink for these pollutants, and cannot be expected to assimilate all the pollutants without consequence.

It is becoming well known that most of the marine waste generated comes from what we do on land.

Marine litter, nutrients, sewage, industrial effluent and storm-water runoff are impacting the services that our oceans provide and this negatively affects our oceans economy or the potential revenue that can be generated from our ocean amenities.

A sectoral approach is needed to find ways of improving the management of the various waste streams threatening our coast and ocean space.

For key sources of pollution such as effluent disposal and the dumping of waste from ships at sea, we have established a strict permitting system to ensure such activities are carefully controlled and in line with international obligations.

With regard to the management of coastal water quality in general, South Africa subscribes to the position that our coastal waters must be “fit for use” – in other words, water pollution must be managed according to the unique needs of those users who come into contact with our coastal waters.

Since 2012, we have been working hard to develop new coastal water quality guidelines that are tailored to protect the various uses of our coast, such as contact recreation, aquaculture, industrial extraction and the natural environment in its own right.

While carrying out this important research, it is been astounding to note how many new toxic substances have been invented over the past two decades.

As we become more modernised and consumer-based, so too will we generate new substances and materials, and potentially new forms of waste that will need careful management, so that they do not end up in the marine environment.

There is certainly a need for the scientific community to get more involved in researching the interaction of chemical and physical pollutants in aquatic environments.

An old adage says “what gets measured, gets managed”. As you will know, any efforts to effectively manage marine pollution and waste will not be successful without there being a concerted monitoring programme in place.

At regional level, under the Benguela Current Commission, in which South Africa partners with Namibia and Angola, we have recently launched an initiative to identify and monitor key marine pollution hotspots along the west and southern coast of the country.

Initiatives such as these will assist to detect pollution of our coastal waters and trace it to its sources so that appropriate management interventions can be made.

The Department of Environmental Affairs has taken note of the exponential increase in research on marine litter and micro-plastics, over the past three years or so, both at national and international level.

In September 2016, the department hosted a national seminar on marine plastic litter, in cooperation with the European Union technical assistance and information exchange facility.

The seminar provided an opportunity for South African and European experts to share experiences and ideas on how to tackle marine litter and waste management.

It is a concern that according to research published in 2015, South Africa is ranked 11th in the world in terms of mismanaged waste.

Therefore, in seeking to address marine litter, we certainly need to step up our waste management efforts on land.

Importantly, we need to continue to find solutions for growing a circular economy in South Africa.

As you may know, a circular economy is regenerative by design and seeks to look beyond the current “take, make, and dispose” approach to the use of plastics.

South Africa subscribes to the United Nations global programme of action for the protection of the marine environment from land-based activities (or the GPA in short). At its 3rd intergovernmental review meeting held in 2012, the GPA adopted the Manila declaration, which amongst others, called upon countries to focus their attention on sewage, litter and nutrients as the key threats to coastal water quality.

In 2011, the international community adopted the Honolulu strategy: a global framework for prevention and management of marine debris as a voluntary action plan to reduce the ecological, human health, and economic impacts of marine debris. Whereas the Honolulu strategy is a global strategy, the objective of the African marine waste network conference has been to develop a strategy for Africa, adapted to the cultures and circumstances of Africa. Who better to develop this African strategy than Africa itself.

We have also seen the subsequent establishment of three global partnerships under UNEP-GPA, to promote good practices in sewage, litter and nutrient management.

At its 13th conference of parties held in December 2016, the convention on biological diversity called on countries to prevent and mitigate the potential adverse impacts of marine litter on marine and coastal biodiversity and habitats. The conference also adopted a “voluntary practical guidance on preventing and mitigating the impacts of marine litter” and urged countries to consider implementing the guidance at national level.

The United Nations environment assembly, at its second session held in May 2016, issued a similar call for the reduction of marine plastic litter and micro-plastics in the marine environment.

In February 2016, the United Nations launched the global clean seas campaign with the primary aim of working towards a ban on microbeads in cosmetics and a drastic reduction in the use of single-use plastics.

These are but a few key international developments that attest to the seriousness of the problem of marine pollution in general, and marine litter more recently. It is clear that as more and more initiatives are launched at the national, regional and international levels, there is clearly a need for close co-ordination on the part of those involved.

It is only through such co-ordination that we shall avoid duplication of effort and optimise our resources to achieve success.

This African marine waste network conference therefore had the challenging task of deliberating on, and finding practical and workable solutions to the problem of marine waste, which is clearly complex and multi-facetted. Indeed this conference has provided a platform to shape the African network and ensure it serves the needs of Africa. The objectives of the network are thus relevant and noble.

Barbara Thomson is the Deputy Minister of Environmental Affairs. This is a synopsis of her speech at the African Marine Waste Conference in Port Elizabeth this week