State capture inquiry: JZ to Judge Zondo - I am misunderstood‚ I will co-operate with your commission 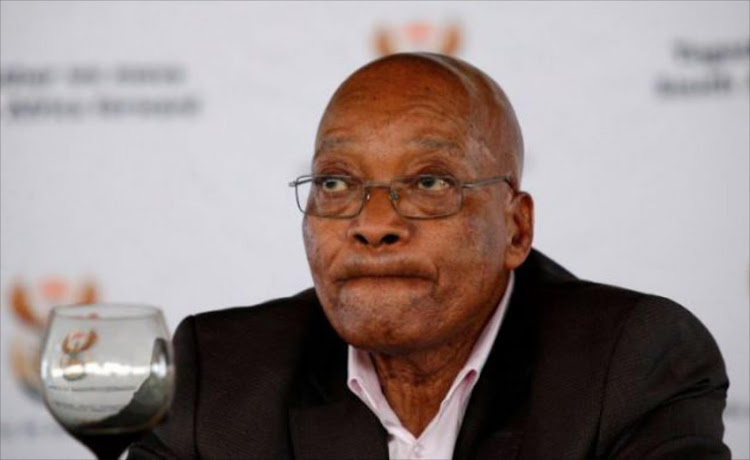 Former president Jacob Zuma’s lawyers insist he is “cooperating” with the State Capture Inquiry and have hit back at Deputy Chief Justice Raymond Zondo’s request for him to respond to the evidence against him as “unfortunate”.

“Former president Zuma made an election in terms of the rules of the commission that he will not apply to cross-examine the witnesses who allegedly implicated him or may implicate him‚” Zuma’s legal team said in a statement released on Thursday afternoon.

There is no such thing as state capture, says Zuma

ANC former president Jacob Zuma told scores of students at Walter Sisulu University in Mthatha to not just swallow everything they were fed.
News
2 years ago

Zuma’s lawyers issued the statement hours after Zondo revealed that he had “invited” the former president to respond to specific allegations made against him by former government communications head Themba Maseko and ex-ANC MP Vytjie Mentor.

“It was announced‚ I think some time last week‚ that former president Jacob Zuma had taken the view that he is not implicated by any of the witnesses so far and therefore that is why he did not apply for the right for him to cross-examine anybody‚” Zondo stated on Thursday morning‚ after he refused an application by the Gupta brothers to cross-examine Mentor‚ Maseko and former deputy finance Minister Mcebisi Jonas.

In a surprise announcement on Thursday‚ Deputy Chief Justice Raymond Zondo said he would like former president Jacob Zuma to respond to allegations ...
News
2 years ago

“Nevertheless‚ there are some areas where I would like him to deal with‚ for example‚ the evidence of Miss Mentor that‚ while she was at the Gupta residence‚ when she got agitated and became loud‚ the former president emerged from one of the rooms and they spoke and he walked her to the car‚ as well as the evidence of Mr Maseko‚ that he got a call from the former president on the afternoon that he was leaving his offices to attend a meeting with Mr Ajay Gupta.

Zuma’s advocate‚ Muzi Sikhakhane‚ had previously stated that Zuma wished to “participate meaningfully” in the inquiry. His lawyers say he “will apply his mind to the invite and shall convey his reply to the Chair of the Commission as soon as he has consulted with his team”.

Speaking to students at Walter Sisulu University in Mthatha in the Eastern Cape on Wednesday‚ Zuma told them not to buy into the political talk about the existence of state capture.

“Where is the state capture? Why do we just swallow what is given?

“There is no state capture in SA‚ there are people who did things to others‚ but there is no such thing called state capture. Let us not swallow everything that is given to us‚” said Zuma