#FeesMustFall activists set for parliament as they make EFF's list 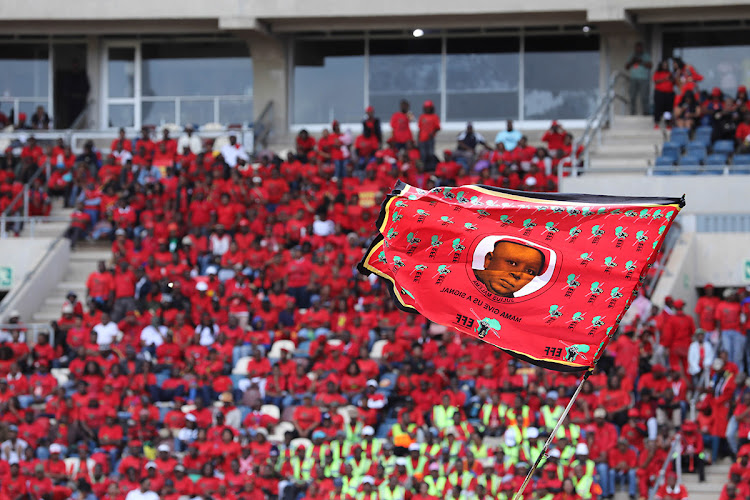 The EFF has included #FeesMustFall student leaders on its list of potential members of parliament.
Image: Simphiwe Nkwali

The Economic Freedom Fighters submitted its list of potential members of parliament to the Independent Electoral Commission on Wednesday and #FeesMustFall leaders are on it.

Vuyani Pambo, Naledi Chirwa and Peter Keetse, who rose to prominence as leaders of the student movement, are on the list of 200 candidates who will potentially represent the party in parliament after the national election on May 8.

The EFF said the party's list has "continuity and change" by including young people, particularly from the #FeesMustFall movement.

Musician Ringo Madlingozi also made a surprise appearance on the list, at number 39. Madlingozi has become a visible member of the party, attending many of its  events and openly supporting the EFF  on  social media.

The party received  praise  for including young people on its list:

The mood is the mood of the governing youth. #EFFList pic.twitter.com/oyaWc3kHAx

May all political parties please include the age of each candidate next to the MP List. I want to see which party actually believes in the Youth . @MYANC @EFFSouthAfrica #ANCList #EFFList

The EFF basically said, "well we need youth in parliament so please get most of the #feesmustfall activists and make them ministers" while the ANC said "we need to keep our stewards/stalwarts in parliament". That's my small academic comparison analysis. #EFFList #ANCList

I've seen the young blood #EFFList & old-age #ANCList ... now can someone please post the #COPEList I want to see something ?. pic.twitter.com/M05cZrFE4M