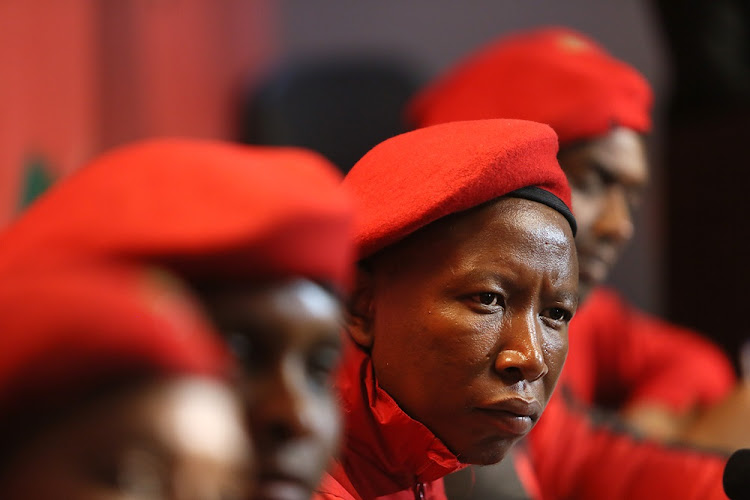 Malema, addressing a post-state of the nation address (Sona) event in Cape Town on Thursday, said De Klerk had been "running" Ramaphosa since the 1970s and did not respect him.

This, the commander-in-chief said, was the reason why De Klerk was emboldened to refuse to accept that apartheid was a crime against humanity.

Malema questioned why De Klerk had not made such comments about apartheid during the tenures of former presidents Thabo Mbeki and Jacob Zuma and only did so under Ramaphosa.

During the EFF's address, he explained his party’s rationale for disrupting the Sona.

Malema and his MPs demanded the removal of De Klerk from the gallery, saying he had no right to be in parliament because he refused to accept that apartheid was a crime against humanity.

De Klerk, he alleged, had "files" on Ramaphosa and was undermining him.

"We are not going to allow Cyril's proximity to them to allow them to undermine us. De Klerk is speaking this way because he can see there is no leadership in Cyril," said Malema.

He said De Klerk's "boys" had been "running" Ramaphosa since the 1970s.

"That's why today their boss is in charge and they think they can undermine us. We are not going to allow that," said Malema.