I am under siege because I closed corruption taps, says Pravin Gordhan 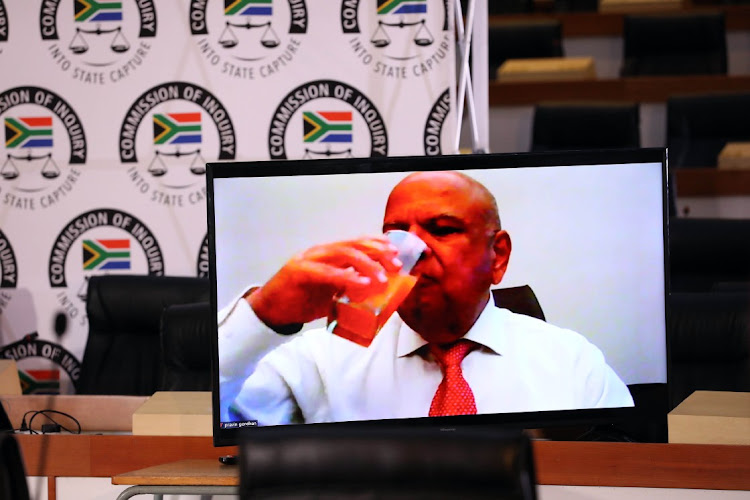 Public enterprises minister Pravin Gordhan said he was under siege because he was shutting down those who engaged in public-sector corruption.
Image: Veli Nhlapo

Public enterprises minister Pravin Gordhan says he is under siege because he has closed the taps for those who were having a field day engaging in public-sector corruption with impunity.

Gordhan was at the Zondo commission on Tuesday night to complete his cross-examination by former Sars boss Tom Moyane’s legal representative, advocate Dali Mpofu, and also for re-examination by his own lawyer.

Not much of substance came out from the slugfest, which was once again characterised by the clash of egos between Gordhan and Mpofu.

It was only during the re-examination that Gordhan could testify properly without butting heads with Mpofu.

But this, too, ended with Gordhan chiming in with an exclamation of “yhoooo” when Mpofu told his “junior counsel” to “shut up when I am speaking”, which brought the proceedings to a sour end.

'I still have the notepad': witness told of plan to oust Pravin Gordhan

Earlier, Gordhan testified that a lot of bogus dossiers have been formulated about him, seeking to impugn his integrity. This, he said, was often accompanied by political attacks on him — made “without basis”.

In this regard, he referred to a statement recently made by MKMVA spokesperson Carl Niehaus that Gordhan had put in additional funds to the office of the erstwhile public protector Thuli Madonsela to complete the state of capture report, which gave rise to the Zondo commission.

Gordhan also referred to the EFF leader Julius Malema’s claim that he has an offshore account in Canada.

“There have been various dossiers over time [against me]. I do not even remember their names. That is part of the fake new industry as we know it today,” said Gordhan. “All these allegations are designed to smear my integrity and good standing in an attempt to mask the nefarious [deeds] of various individuals.

“Clearly, exposing corruption and setting into motion controls that will limit the possibilities of corrupt activity in various institutions is getting in the way of people who are accepting cash.”

Gordhan added that he had never engaged in corrupt activities with the Guptas, nor met the family of his own accord.

Said Gordhan: “I have never engaged with the Guptas as the criminals in the state capture process have done. I have never been to their household, I have never met them on a one-on-one basis except for when I was forced to on one occasion when I visited president Zuma to discuss some other matter and one of the Gupta brothers happened to be there.”

Gordhan also moved to clarify why he had thought that Moyane was the one who opened a case against him, which Moyane denied in his affidavit.

“Two former ministers, [David] Mahlobo and [Nkosinathi] Nhleko said at a press conference in 2016 that Mr Moyane had laid charges against me. The real facts only emerged once we had the affidavit made available by Mr Moyane,” he said.