‘I will remain ANC until I die’: Ace Magashule speaks in Soweto 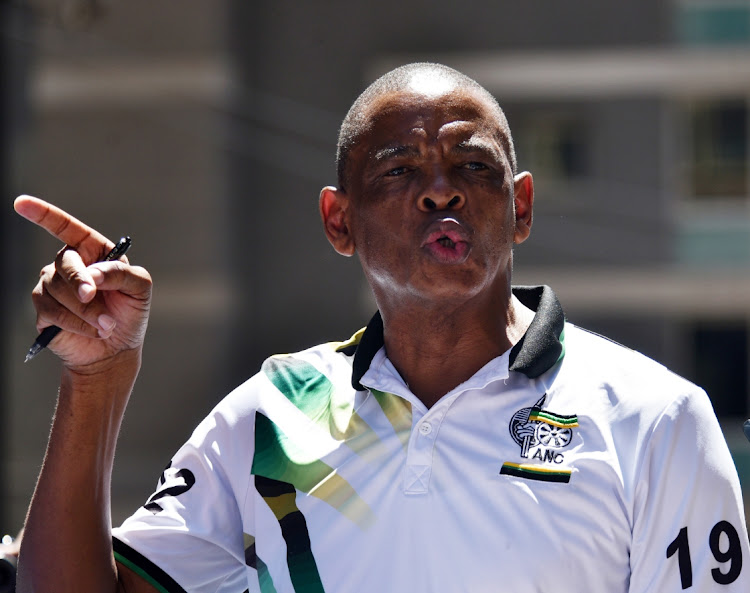 Embattled ANC secretary-general Ace Magashule, though mum on whether he will step aside from his position, says he is not leaving the ANC.

This comes as the clock ticks for him to vacate his position after the party adopted the step aside rule for members facing corruption or other serious charges.

At the weekend the national executive committee (NEC) of the ANC gave Magashule and other party leaders facing criminal charges and other forms of wrongdoing 30 days to voluntarily step aside from their positions or face automatic suspension once that timeframe expired.

Magashule is facing criminal charges related to the asbestos case in the Free State. He has said previously that only party branches could remove him from his position.

He is now “consulting” with senior leaders in the ANC after the party adopted the step aside rule.

“I am not going anywhere. I listened to [EFF leader] Julius Malema. I am a member of the ANC. I will remain in the ANC until I die,” said Magashule.

Allies of ANC secretary-general Ace Magashule plan to resign en masse to force an early elective national conference should he be forced to step ...
Politics
1 year ago

He was speaking to the media in Soweto during a visit to plant trees in parks in the township.

Asked whether he would step aside after 30 days, he declined to answer, only saying “wait and see”.

Asked about rumours of possible “mass resignations” by his supporters in the NEC should he be forced out, he said: “I will never establish any new party. I will never go anywhere to join any party.”

He said he would remain loyal to the party. “I am not those people who say my blood is black, green and gold and the next [thing] we form another party,” said Magashule.

Asked about his consultations, Magashule said first on his list was former treasurer-general Matthews Phosa on April 11.

He also planned to meet former presidents Jacob Zuma and Thabo Mbeki, and said he was also looking to speak to former deputy president Kgalema Motlanthe.

He refused to divulge what he would be discussing during his consultations with senior former leaders.

“It’s an internal matter so let’s leave it there. As a member of the ANC, I respect the decisions of the collective.”

He called for ANC members, including his ally Carl Niehaus, who is spokesperson for the Umkhonto we Sizwe Military Veterans Association, to abide by the ANC decision which spoke against members who associated with the “RET forces” grouping.

His public appearance was attended by a handful of supporters wearing ANC T-shirts  who barely cheered his arrival. A number of community members looked on.