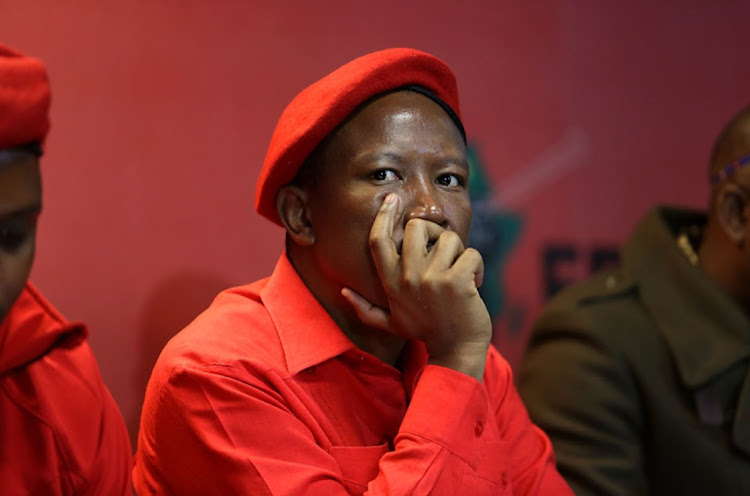 EFF leader Julius Malema has lost his defamation appeal against a former party member and MP, Thembinkosi Rawula, in the Supreme Court of Appeal (SCA).

The SCA on Wednesday dismissed Malema’s appeal of the high court judgment which ruled in Rawula’s favour on statements made by Rawula in an April 5 2019 Facebook post about alleged corrupt dealings of the party leader and his deputy, Floyd Shivambu.

Rawula had alleged in his post that Malema and Shivambu ran the EFF like their own party, had centralised all its funds and had knowingly accepted money from the now-defunct VBS Mutual Bank, something the pair have always denied.

Representing himself in court, Rawula maintained that Malema had admitted receiving VBS money in a meeting of the EFF central command team (CCT).

In that meeting, according to Rawula, Malema allegedly said “sometimes we are forced to kiss dogs or the devil to get funding”. He also told the court that Malema was aware that the money from VBS was the subject of corrupt dealings and therefore had to “devise other means” to get the money as it could not be paid directly into the EFF account.

A majority judgment of the SCA held that Rawula “had established a sustainable foundation by way of evidence that a defence or truth and public interest or fair comment was available to be perused”.

“There was nothing in the evidence to gainsay his claim that he had obtained access to privileged information because he served on the CCT,” the SCA said.

The SCA also held that Malema’s decision to not challenge in court media reports alleging that he personally benefited from VBS funds was “telling”.

The court upheld Rawula’s remarks that Malema and Shivambu ran the EFF like it was their own organisation and that they centralised the millions of rand received from party membership, parliament and provincial legislatures, as well as councillors.

This was evidenced, according to Rawula, by the fact that the party’s financial records had not been tabled before the CCT since 2014.

“When the respondent and others questioned this, they were chastised, treated with disdain and threatened with removal from parliament. As a result, in the respondent’s words, they had to ‘think with [their] stomachs’, rather than holding the executive of the EFF accountable,” the court said in summarising Rawula’s argument.

The SCA dismissed the appeal, upholding the high court judgment that Malema had failed to make a case for a final interdict.