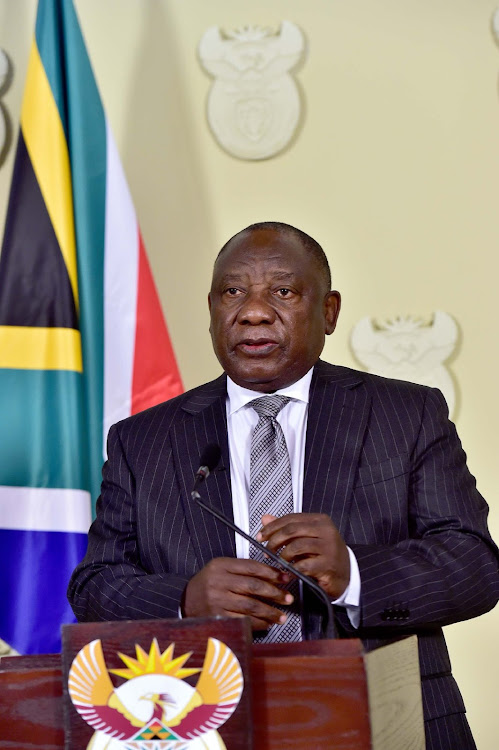 Ramaphosa said this was to fill key vacancies in the executive and help the government more adequately respond to the challenges the country faces.

Here's what you need to know about the new ministers:

Gungubele filled the position of the late minister Jackson Mthembu, who died of Covid-19 complications earlier this year.

He was the previous mayor of the Ekurhuleni municipality. He has a BCom (Law) degree and also holds a national diploma in nursing.

Gungubele's other previous positions include heading the economic affairs portfolio committee in the Gauteng provincial legislature (2004-2007), MEC for sport, recreation, arts and culture (1999-2004), MEC for health (1997-1999) and MEC for social development and community services (1994-1997) in Gauteng.

He was also the deputy minister of finance from February 2018 until May 2019.

The former speaker of the National Assembly replaced former minister Nosiviwe Mapisa-Nqakula, whose standing with Ramaphosa was on shaky ground recently after she seemingly contradicted him over unrest and violence in KwaZulu-Natal and Gauteng.

She was deputy secretary-general of the ANC (2007-2012), served as former councillor and chairperson of the Robben Island Museum Council (1994-2010) and as a member of the presidential infrastructure co-ordinating commission.

Godongwana replaced Tito Mboweni after his requests to step down.

He was a member of the ANC's national executive committee (NEC) from December 2007 and a MP from 2008.

Godongwana also served as a board member of the national institute for economic policy (1997-1998) and he was a vice-chairperson of the ANC Eastern Cape provincial executive committee.

He served in the various spheres of government under the ANC banner, including the Eastern Cape provincial government as MEC for economic affairs, environment and tourism.

Phaahla replaced Zweli Mkhize, who resigned at the eleventh hour amid an investigation of alleged corruption in the department of health.

Phaahla was previously the deputy minister of health.

What do you think of Ramaphosa's cabinet reshuffle?