WATCH | 'We are busy, we have no time for fools': Ndlozi seemingly turns down Mboweni's debate invite 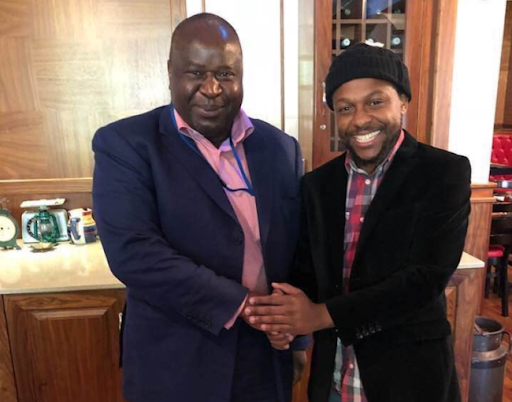 Tito Mboweni's debate invite to EFF leaders has seemingly been met with a cold reception by the party's MP Mbuyiseni Ndlozi.

At the weekend, the former finance minister extended an invite to Julius Malema, Floyd Shivambu and Ndlozi, saying they should come to Magoebaskloof in Limpopo.

Mboweni said the invitation was so they could have a debate on the reconfiguration of South African politics and society.

He also asked about Ndlozi's whereabouts, saying he was too quiet.

“Dr, where art though? Too quiet for my liking ... say something,” said Mboweni.

Dr Dr, where art though! Too quiet for my liking… say something!! pic.twitter.com/621b2TWxxt

Responding to the invitation, Ndlozi shared a video of Malema talking about being busy and not having time for “fools”.

“We are busy. We are not going to listen to fools. We have no time for fools who don’t know what they are doing,” Malema can be heard saying in the short clip.

The clip is from the party's presser that was held last month, where Malema addressed various matters such as unemployment and the arrest of former president Jacob Zuma.

On social media, some found Ndlozi's response funny while others weighed in on Mboweni's gesture.

The old man was just asking for a convo bathong. No need to be rude and call him a fool

Uncle Tito only becomes redical and act like he cares whenever he is a free agent.

Once in position of power within the ANC government, he sings a different tune.

Looking for an ice shop perhaps!?😂😂😂

It looks like you want to turn this tourist destination a political academy or a centre of political excellence. Sha sha⚫🟡🟢

Parliament's powers and privileges committee decided on Thursday to accept legal advice that EFF MP Nazier Paulsen had a case to answer for the ...
Politics
5 months ago