'Ramaphosa has forgotten about us,' say Soweto residents after postponed visit

But the lights are back on 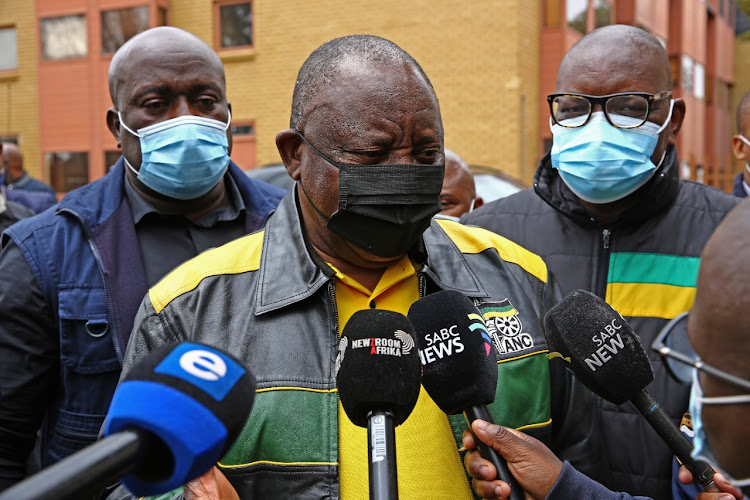 Ramaphosa was scheduled to return to Nomzamo Informal Settlement, Naledi and Chiawelo. It was thought that he was going to give the community feedback on their electricity issue which they had raised with him.

During his local government elections campaign on September 18, Ramaphosa promised residents that Eskom would attend to the rolling blackouts which left them in the dark for months. On that day, Ramaphosa received a hostile reception from the community but he managed to quell their frustration.

“On the whole, the matter of electricity was dealt with. We are going to ensure that Eskom does restore electricity. Some of the transformers have blown up and those are the technical issues that Eskom is going to deal with and we are going to be working together to make sure that Eskom deals with it,” said Ramaphosa on that Saturday. He promised to return to the community with an update.

The next week, the Sunday Times returned to check that Ramaphosa had fulfilled his promise of sending a team from Eskom to replace transformers - and found that work was under way to restore power.

Residents told TimesLIVE that they suspected that Ramaphosa did not come because there was a service delivery protest in Orlando East on the day of that scheduled visit. Gauteng police spokesperson Lt-Col Mavela Masondo confirmed this, saying: “There was a service delivery protest in Soweto’s Orlando East. The residents blockaded Sofasonke and Mooki Streets with burning tires and rocks. The police were able to disperse the crowd."”

However, ANC national spokesperson Pule Mabe said, “It’s not true. There was just a clash in commitments.”

One of the residents who were visited by Ramaphosa on the first day of his local government elections campaign, Nozibonele Mjuqu, said he was disappointed Ramaphosa did not show up.

“I received a call that he was supposed to come to us but he got sidetracked by the people who were protesting in Orlando. The community was striking there because they did not have electricity.”

While Mjuqu was disappointed that Ramaphosa did not honour his promise to return, he said he was pleased that some houses in the area now had lights. “Now all that needs to be done are the electricity boxes that they promised, but the lights are coming on. There are still a lot of houses that need to be switched on, so we have hope that he will come back.”

Mjugu said the electricity that had been installed was not strong enough. “We cannot cook, we don’t know whether that is a temporary measure because these people (Eskom), are slow,” he said.

In Naledi, Kabelo Mogosana said residents were still in the dark. “Ramaphosa was supposed to come but he didn’t and even now we still don’t have electricity. It has been four months now.”

Mogosana said the community was told that “Ramaphosa had personal issues that he needed to attend to. Last week Gauteng premier David Makhura came and he promised that we would have electricity by the end of last week. But we still have not heard from them and we don’t have electricity.”

The 29-year-old man said he had seen Ramaphosa campaigning in other towns, “but he has forgotten about us”.

“The elections are coming, we are not going to vote for the ANC, we want to give other parties a chance.”

Mogosana said the community is planning to close all the voting stations in the area until Eskom switches on the lights.

In Chiawelo, Victor Mamoremi said the community gathered at a school called Gazankulu Primary School, which is a stone throw away from Ramaphosa’s family home. “We were expecting that he was going to come back to tell us what Eskom is doing about the electricity situation but we saw him in Pretoria the next day.”

He said the community has made a decision that “they will not be ruled by a youngster”. Mamoremi was referring to the candidate councillor who will represent the community after the November 1.

“We have accepted that we will not be ruled by a youngster who does not even understand politics. We asked him what he is going to do about the 1994 issue when we applied for RDP houses. He told us that he was still in crèche in 1994, he cannot do anything for the people, what the hell is that? He does not know anything about politics.”

Now all the community wants, he said, is to cast their vote on November 1. “I am not going to vote for the ANC, I am voting for another party. I would rather give my vote to mayor Herman Mashaba (ActionSA) and give my councillor (vote) to the EFF. I am bored and I am not going to be ruled by someone who knows nothing about politics.”